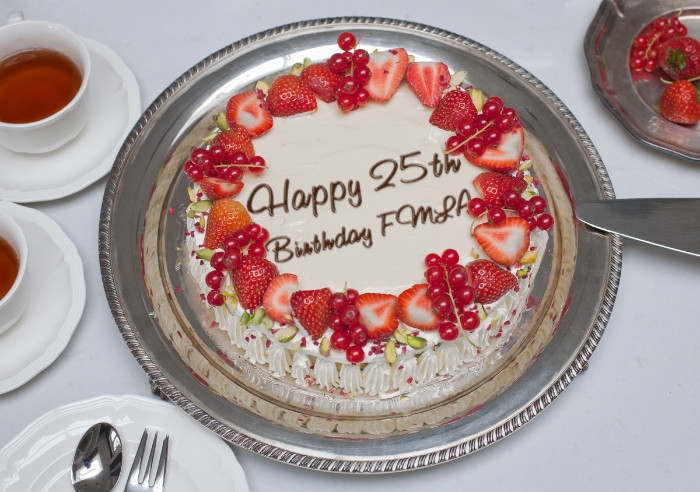 A couple of my blogging buddies, Jeff Nowak and Jon Hyman, formally recognized the occasion on Monday. Here is Jon’s post. Here is Jeff’s post.

Although I’m late to the party, I did bake a cake. And I today’s post is about a recent FMLA-decision-cum-HR/manager-screw-up that you may want to read all the way through to avoid a similar misfortune.

Today, we travel down to Maryland and explore last Friday’s summary-judgment decision in Ward v. The Columbia Bank.

Like a wide-open Tom Brady trying to catch a pass in the Super Bowl.

Ms. Ward was a top performer for many years at the bank. Until she wasn’t. And that was when the bank saw fit to eliminate her position and not offer her another one.

So, what’s the problem with that? Welp, prior to her separation of employment, Ms. Ward took some FMLA leave. But, after the bank decided to end Ms. Ward’s employment, there were a bunch of emails in which HR was called upon to bless the bank’s decision. And let’s just say that the response from HR was less than stellar.

From the court’s opinion:

A series of emails sent after the decision to fire Ward, however, could be read to undermine that explanation. After McCarron emailed members of the Bank’s human resources department asking for guidance on firing Ms. Ward, an HR representatives [sic] responded, “I’m hoping there is enough in the eval and on file to ensure we can make this elimination and not have to give her the new assistant manager] position.”  A series of emails between HR reps followed, as they tried to justify not offering the assistant manager position to Ward.

But, let’s not just throw HR under the bus. McCarron, who was named individually as a defendant, didn’t do much to help his own cause either:

Ward’s use of leave under the FMLA also appears to have affected the Bank’s employment decisions. Ward requested FMLA leave twice. She first requested and was granted five weeks of leave in 2014. While Ward was away, McCarron apparently expressed doubt that Ward’s medical issues were serious enough to justify her request. McCarron’s review of Ward’s performance in 2014 noted her “considerable amount of time” off as one of the factors contributing to her receiving a lower rating than the previous three years. Ward requested leave again in April 2015 for knee surgery, although she hesitated to give the Bank a reason for her request for fear that doing so would negatively affect her employment after her leave in 2014 was reflected on her performance review. The parties dispute whether Ward’s 2015 request for leave was approved before she was fired.

Let’s see how another employer could’ve righted the ship.