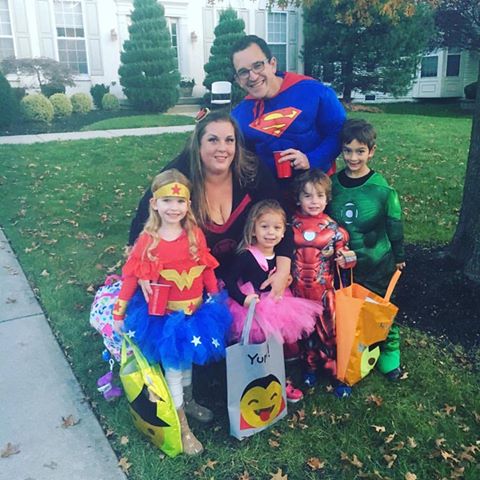 After consuming a protein shake or two from a red Solo cup during my family’s Halloween escapades, I retired to the bloggerdome to visit the EEOC’s website. Halloween or not, I have the coolest Monday night routine in all of Cherry Hill, NJ. Oh, heck, probably in the whole state. .

On the EEOC’s website, I found this tweet encouraging folks to beta test Worker.gov, a tool to help workers learn about and exercise their rights.

So, I head on over to Worker.gov, and it turns out that this site represents a joint effort by the U.S. Departments of Labor and Justice, the Equal Employment Opportunity Commission and the National Labor Relations Board.

Did Worker.gov spring up overnight?

According to the DOL, beta testing started on October 28.

Eric, I’m too lazy to click today. Tell me more about Worker.gov.

…[U]sers answer a few simple questions about their lives and jobs and then worker.gov guides them to the information they need. They don’t need to know the name of a single statute or government agency. Based on responses to questions, the site provides the information that people are most likely to need and prioritizes that information, making it easier for users to find.

Some of what I found is generic and fairly stated. For example, there’s this general information on discrimination, retaliation, and accommodations:

You have the right to be treated equally regardless of your race, color, religion, national origin, sex (including pregnancy, gender identity, and sexual orientation), age (40 or older), disability, or genetic information. You have the right to complain about discrimination, file a charge of discrimination, and participate in an employment discrimination investigation or lawsuit without being retaliated against. You have a right to religious accommodations, or reasonable accommodations for your disability, unless doing so would impose an undue hardship on the operation of the employer’s business.

However, there is some skewed information as well. That is, in addition to the aforementioned “wage theft,” whatever that is, you’ll find this little nugget on equal pay.

Women and men have the right to receive equal pay if they perform equal work in the same workplace.

Actually, if a wage disparity exists between men and women performing substantially the same work, the Equal Pay Act says that an employer will prevail if it can demonstrate that the disparity in payment is made pursuant to one of the statutory reasons:

Therefore, if a woman performs the same work in the same job as another man and gets paid more because she has more experience and better education, that’s not discrimination.

Well, it’s not like employees can actually file complaints from Worker.gov.

Actually, they can. The website also includes links to complaint forms on external administrative-agency webpages. For example, there’s a link to “Start the filing process with DOL’s Wage and Hour Division.”

So, Eric, are you saying that we should block Worker.gov at work?

No, that would probably be viewed as retaliatory, or chilling concerted activity, or something like that.

Rather, I’m suggesting that this is another reminder that, if you don’t provide your employees with a quality workplace and a way to internally address issues, especially those that touch upon federal workplace laws, there are myriad other options to which employees may turn.