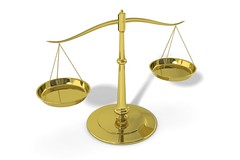 The company that likes defending age-discrimination claims, that’s who.

Lenore Linkous worked for her Virginia bank as a Branch Manager for 11 years. Most recently, she received performance reviews for the years 2009 and 2010 stating that she “exceeds expectations” and “meets expectations,” respectively.

[Sit down, deep breaths, brace yourselves] 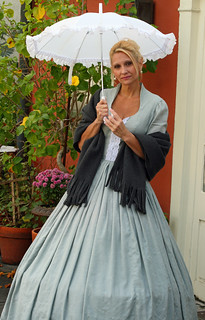 Ms. Linkous told a bank customer, a friend of hers, that when she saw her ex-boyfriend, she “would wear [her] nightgown, and it won’t be my flannel one.”

Now, although the bank had an employee disciplinary policy which provides that most first-time problems should be handled through warnings and/or additional training, the policy contemplates immediate termination when “the employee has done something so egregious that immediate dismissal is appropriate.” Here, the bank felt that Ms. Linkous’s comment warranted immediate dismissal.

Heavens to Betsy, yes! A Southern lady should always carry herself with style and grace. Like Delta Burke from Designing Women. Not that I’ve ever watched it, or anything.

In the subsequent age-discrimination lawsuit, a federal court in Virginia didn’t hesitate to deny the bank’s motion for summary judgment in this opinion. I dunno, something about pretext:

The fact that just five months before her termination Ms. Linkous received “exceeds expectations” reviews on the same behavioral and leadership qualities that stand as the proffered reason for her termination can reasonably be interpreted as an indication that StellarOne’s justification arose as a pretext for its desire to replace Ms. Linkous with a younger manager.StellarOne’s justification is cast into further doubt when one considers the company’s Corrective Action Policy, which provides that most first-time disciplinary problems be handled through a warning and/or additional training. A fact finder could reasonably be suspicious of StellarOne’s refusal to offer coaching or additional training to an employee who was until recently so highly regarded, particularly in the areas of her position now being called into question.

And while court’s generally don’t second-guess personnel decisions, this one was so bone-headed that the court made an exception here.

Well, I do declare that the bank may want to settle this case.