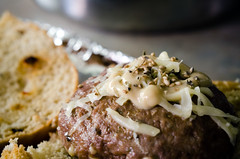 You’ve probably heard of this It’s Just Lunch, a Hallandale Beach-based company, even though you may not realize it. I’ll give you a hint. Have you flown recently? Yeah, that’s right. It’s Just Lunch is a matchmaking service that advertises around page 55 of the in-flight magazine of just about every domestic airline.

According to the company’s About IJL page, It’s Just Lunch was founded in 1991 by a resourceful, professional woman. Now go to the home page, scroll down the page to the right and look at the pictures of the It’s Just Lunch “Dating Specialists.” Notice anything in common?

Yeah, the EEOC did too. So, it filed this complaint in federal court.

According to this press release, the EEOC agreed to settle a sex discrimination lawsuit it filed against It’s Just Lunch for $900,000. That’s a lot of lunches!

The EEOC charged in its suit (Case No. 0:13-cv-61518-WPD, filed in U.S. District Court for the Southern District of Florida) that It’s Just Lunch (IJL) refused to hire men as dating directors and inside sales representatives. The EEOC also alleged that IJL fired Lynda Twist, its human resources director, in retaliation for her opposition to IJL’s sex-based hiring practices.

The EEOC filed suit after first investigating the case, and then attempting to reach a pre-litigation settlement through its conciliation process.

According to the terms of the consent decree settling the suit, which was approved by the U.S. District Court Friday, IJL will pay approximately $900,000 to settle the lawsuit, including a payment to Twist of $130,369. The remaining settlement funds will be paid into an account that will be distributed to a class of qualified male job applicants who applied for dating director and inside sales representative jobs with IJL from 2007 to the present, but whom IJL did not consider for hire. The agreement also requires IJL to implement a detailed applicant tracking system, provide training to managers, human resources personnel and employees, and provide quarterly hiring reports to EEOC for three years.

You can find a copy of the full, 29-page consent decree here.

Sex stereotypes and barriers to hiring are at the top of the EEOC’s hit list. Please use this settlement as a reminder to your hiring managers that making personnel decisions based on preconceived notions, rather than pure talent, is not only stupid, but a sure-fire way to find yourself in the government’s cross-hairs or otherwise embroiled in a private discrimination lawsuit.