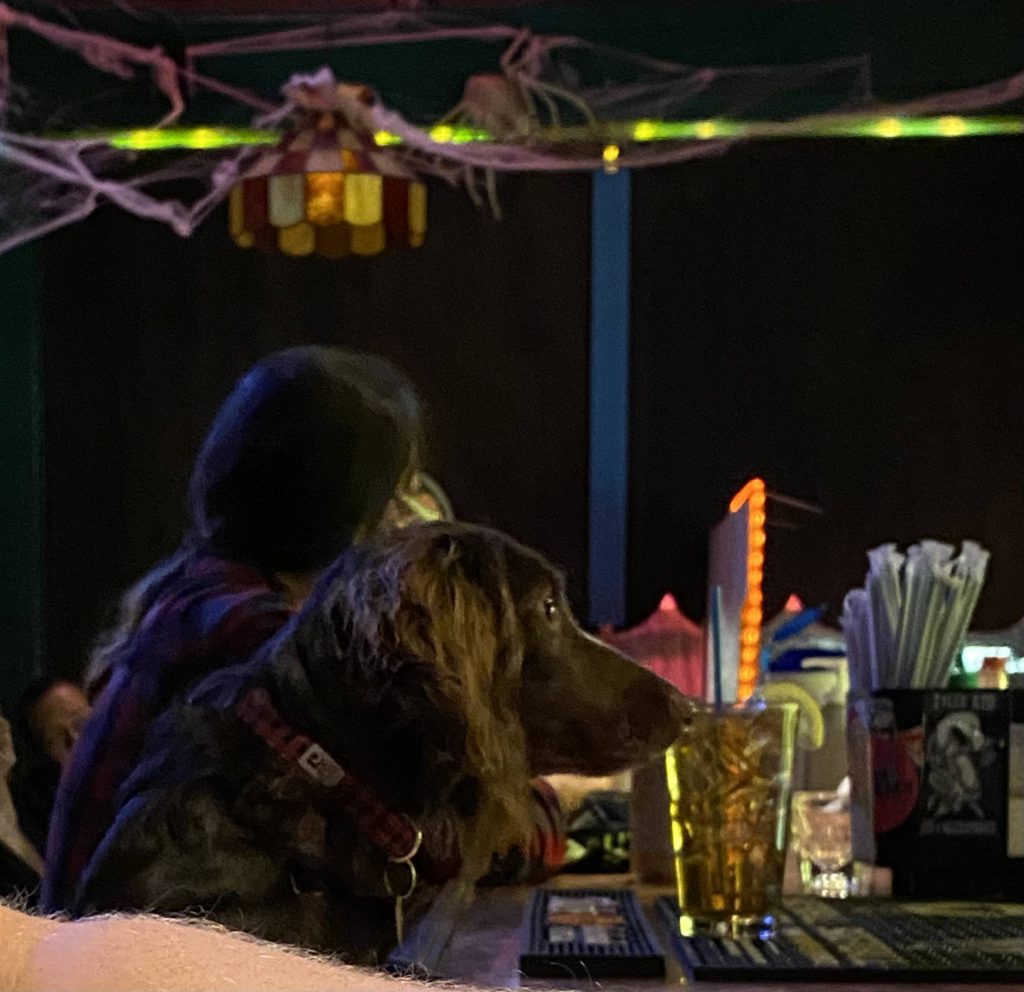 On Tuesday, I departed the Bloggerdome at 3 PM in my hovercar — per usual — and boarded an actual plane at PHL a few hours later where I flew Ultra First Class — in front of the cockpit.

On the flight, I binged a few episodes of Maid on Netflix — not sure if I really like it, but I’m — and took a power nap. A proper power nap. Upon arrival, I checked in at a hotel on the waterfront. Then, I ate some spectacular mushroom pizza at a place called Rocco’s and drank Elmer T. Lee at Canon. (Perhaps not in that order).

Later in the evening, at just past the stroke of midnight local time, I somehow ended up two seats down from a dog at the bar. That dog may or may not have been ordering a Jack and Coke. I’m not sure.

What a strange place! But where???

To put an employment law spin on this, I’m somewhere that could give Philadelphia and San Francisco a run for their money as most employee-friendly. And all restaurants require proof of vaccination to dine.