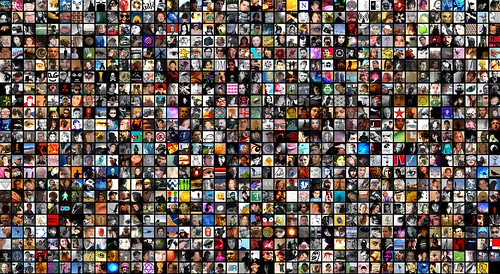 It may not mean that much.

What are the risks of becoming Facebook “friends” with a co-worker?

The well-worn employer-lawyer mantra from way back when has been, “Supervisors should not ‘friend’ their subordinates on Facebook.” For a while, I sipped that Kool Aid too. Imagine two of the risks that could arise from a 24/7 online connection:

Bullet number one is likely just the tip of the iceberg. That is, bad online behavior will likely complement other forms of harassment at work.

And the second bullet doesn’t present a very likely scenario. Yes, on a daily basis, I read stories about employees getting fired for lots of dumb stuff they do online. Still, as of the third quarter of 2015, Facebook had 1.55 billion monthly active users.

I’m not reading that many stories.

A federal court decision also reaffirms how trivial many Facebook friendships truly are.  In Mascarella v. CPlace University SNF, LLC (opinion here), the plaintiff prevailed on her disability discrimination claims and received a jury verdict of over $500,000. Subsequently, the defendants moved to set aside the jury verdict. Among other reasons, the defendants concluded that the deck was stacked against them because the wife of the jury foreperson was Facebook friends with the wife of the plaintiff’s attorney. Not only that, the two women regularly “like” each other’s Facebook posts.

(If the two women were co-workers, then the NLRB would protect them like a sheepdog watching over its flock).

But, in the context of a jury trial, the court concluded that their Facebook friendship, “likes” and all, was insufficient to establish juror bias:

“Friendships” on Facebook and other similar social networking websites do not necessarily carry the same weight as true friendships or relationships in the community…. The mere status of being a “friend” on Facebook does not reflect this nuance and fails to reveal where in the spectrum of acquaintanceship the relationship actually falls. Facebook allows only one binary choice between two individuals where they either are “friends” or are not “friends,” with no status in between.

It follows then that, where a supervisor and employee are Facebook “friends,” there should be nothing about that online friendship that elevates whatever relationship they may have at work. Additionally, because many Facebook users have myriad — literally hundreds or thousands — Facebook “friends,” the idea that a company would be held responsible because a supervisor could have seen an offensive post by or directed at another employee is silly.

So, I’m not going to lose any sleep over co-workers who friend each other on Facebook. You shouldn’t either.