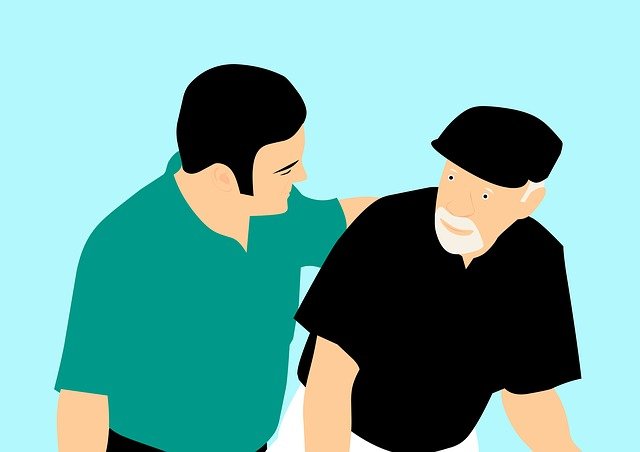 If I’m taking the plaintiff’s deposition, and I hear these words escape his lips when describing the termination meeting with this supervisor, well, I’m not sure how I would go about maintaining my poker face.

It’s a case about a 60-year-old man who his employer fired after working for the company for more than four decades. The plaintiff-employee started with the defendant-employer at age 18. Over the course of his 41-year career, the defendant promoted him several times, all the way up to Area Manager, a position that he assumed in 2014 until the defendant fired him.

So, who wants to guess how an employee goes from 41 years at the company to an ungraceful exit?

Before you guess, don’t forget to register (here) for “Office Hours” with The Employer Handbook on Zoom on Friday, October 16, 2020, at Noon EDT. I’m going to be answering some of those hypothetical HR-compliance questions that you’ve been dying to ask on behalf of a friend. If you have one of those questions, please email it to me with “Office Hours” in the email subject line.

Just remember: I don’t provide specific legal advice, and we’re not creating any attorney-client privilege between us. My clients pay me actual money for that.

The new sheriff in town.

Yep, sure enough, in June 2016, the defendant hired a 35-year-old general manager at the facility at which the plaintiff worked. The GM would later testify that, soon after he assumed this role, he noticed that plaintiff had trouble understanding certain core job functions. So, the GM would rely on two other subordinates to fill the gaps. Approximately six months later, the GM removed these two subordinates from reporting to the plaintiff because he thought the plaintiff was “overwhelmed.” The plaintiff’s performance continued to suffer even after the reorganization

None of this is illegal necessarily. There’s nothing here suggesting overtly that age motivated any of these decisions.

“I did ask [the GM] about why—why was I terminated? Was it my job? Was I not doing the job? . . . And he just—basically he didn’t answer me. He just said, well, you’re kind of getting up there in years, you’re at retirement age, you go one way and the company’s going the other.”

Shockingly, the trial court granted summary judgment to the defendant on the plaintiff’s subsequent claims of age discrimination. 🤯

However, the Sixth Circuit Court of Appeals had a different take:

“[T]he [lower] court simply asserted that ‘even if the [GM] did in fact make the comments regarding Plaintiff’s age, these are too attenuated to rise to the level of direct evidence of discrimination.’

We have no difficulty concluding that the “you’re kind of getting up there in years, you’re at retirement age” comment constitutes direct evidence of discrimination….[T]he statement in question was made at the meeting in which [Plaintiff] was fired, and it was made by [Plaintiff’s] supervisor….That is the textbook definition of what the [the age discrimination statute] prohibits: discharging an employee “because of” the employee’s age.”

So, this case is going back to the lower court for a jury trial.

Older employees may struggle at work. Document performance issues, offer help, and otherwise treat them as you would any other employee. If the situation does not improve, do what you need to do.

But what you don’t need to do is comment about an older employee’s age or eventual retirement, even in jest. What did this company think would happen when it terminated a 40-year employee with no other experience? Comments about age will fuel the subsequent age discrimination claim.

And give me something to blog about. So, thank you.