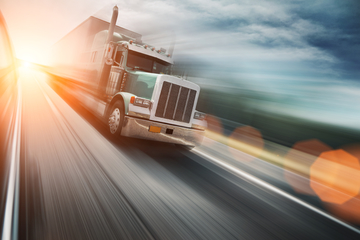 There’s this great age discrimination opinion about which I planned to blog today. It involved an awkward moment at a termination meeting, where the supervisor of a 40-year employee allegedly told him, “Well, you’re kind of getting up there in years, you’re at retirement age, you go one way and the company’s going the other.”

But, I’m going to save that for tomorrow.

Today, I’m going to cue up the aptly titled Zero by the Smashing Pumpkins [YouTube; Spotify] and talk about an employer that appears a bit of a track record for hiring men.

Yesterday, the U.S. Equal Employment Opportunity Commission issued this press release in which it announced that it had sued a southern trucking company when it allegedly refused for decades to hire qualified females for truck driving positions because of their sex.

According to the EEOC’s lawsuit, [the employer] has employed virtually no females as truck drivers at its Olive Branch location since that terminal opened in 1986. As of May 2016, [the employer] employed over 100 truck drivers in Olive Branch, but none were women. The EEOC contends that qualified women with extensive truck driving experience have applied over the years, but even when the women’s qual­ifications were equal or superior to those of male applicants, [the employer] hired men instead of women.

How does a company go 34 years without hiring a female for a particular job in which the company has employed 100 other men?

Look, I get it. I can’t imagine that as many women are applying for these truck driver positions as there are male candidates. But, there are ways to fix that. For example, this employer could take a page out of Microsoft’s playbook and explore new hiring approaches to develop a more diverse talent pool.

Beyond that, it sounds like someone’s got a case of the stereotypes.

“It is important for employers to understand that assumptions about gender roles have no place in employment decisions,” said Delner Franklin-Thomas, district director of the EEOC’s Memphis District Office, which has jurisdiction over Arkansas, Tennessee and portions of Mississippi. “Denying women equal employment opportunities in the workplace because of gender is illegal.”

Remember that the EEOC’s allegations are just that: allegations. However, if they even resemble the truth, I suspect that another press release will follow soon announcing a settlement.