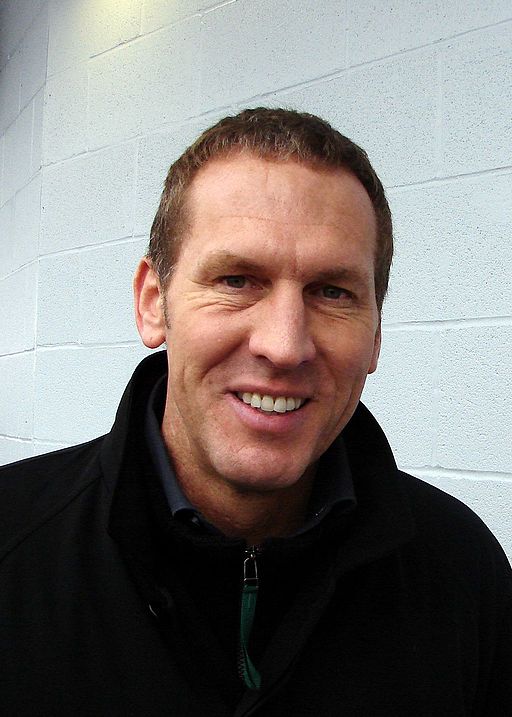 Stick with me here, folks. What I’m about to describe below is one heckuva bizarre social media spectacle.

Eric, remind me again, who is Bryan Colangelo?

Bryan Colangelo is currently the president of basketball operations and general manager of the Philadelphia 76ers of the National Basketball Association (NBA).

“Currently,” as in not for long?

We’ll see. But, here’s where it gets wild. I’ll go through the timeline.

He reported here at The Ringer that, based on an anonymous tip followed by months of investigation,  it appeared as though Bryan Colangelo had been secretly operating five Twitter accounts:

According to Detrick’s article, the source claimed that these five accounts had been used to:

Detrick’s article spells out a timeline and includes information about his source, the accounts, the bulleted items above.

But, here’s where it gets terrifying. Check out what Detrick reports happened after he alerted the 76ers:

On Tuesday, May 22, I emailed the Sixers and shared the names of two of the accounts, phila1234567 and Eric jr (I did not disclose our suspicions about the other three accounts, one of which, Still Balling, had been active earlier that day; I did this to see whether the partial disclosure would trigger any changes to the other accounts). On a follow-up call that day, Philadelphia’s media representative told me that he would ask Colangelo whether he had any information about the two accounts.

That afternoon, within hours of the call, all three of the accounts I hadn’t discussed with the team switched from public to private, effectively taking them offline—including one (HonestAbe) that hadn’t been active since December. The Still Balling account, which had been tweeting daily, has not posted since the morning of the 22nd (I had already been following Still Balling with an anonymous account of my own, which allowed me to see activity after it went private). Since I contacted the Sixers, Still Balling has unfollowed 37 accounts with ties to Colangelo, including several of his son’s college basketball teammates, a former coach from his son’s high school, and an account that shares the same name as the agent Warren LeGarie, who has represented Colangelo in the past.

They also dubbed this spectacle, ‘Woodergate,’ which I find hilarious.

And, if podcasts are your thing, Rights to Ricky Sanchez broke it all down (NSFW)

Woodergate proves serious enough that the 76ers hired an independent investigator to, well, investigate. The 76ers confirmed this in a statement as well.

(NBA Commissioner Adam Silver later confirmed here that the independent investigator is a New York law firm with carte blanche to get to the bottom of this quickly, but without cutting any corners.)

Dave Uram at Philly Influencer posted a nice write-up of the Colangelo story. Among other things, his report includes tweets from Sarah Todd, a local 76ers beat writer, highlighting how many players throughout the league don’t trust Colangelo.

Ben Rohrbach at Yahoo Sports also recapped the pertinent facts (here), including reports of other burner accounts on other online platforms potentially linked to Colangelo.

And if you really want to head down a rabbit hole, head over to Reddit for more on this story.

The Philadelphia Inquirer reports (here) that the investigation may be done today, with some sources expecting Colangelo to lose his job! While ESPN.com’s Adrian Wojnarowski and Zach Lowe report (here), “Many members of Colangelo’s staff in Philadelphia are bracing for his dismissal, sources said.”

Is there some HR-compliance takeaway here?

Pull out your employee handbook, turn to the table of contents, and let’s start highlighting all of the provisions that this story potentially invokes:

And we’re talking about one of the top people in the organization.

A few days ago, Disney/ABC terminated ended “Roseanne” within hours after Roseanne Barr’s racist tweet about Valerie Jarrett. Yesterday, I spoke with a reporter about how this is becoming the risk-management trend. Without comparing Roseanne Barr’s actions to Harvey Weinstein’s, the tie that binds is an increasing emphasis on accountability and leadership when anyone in the company does nasty stuff.

The situation with Colangelo is different because the evidence right now is mostly circumstantial.

I don’t think it’s unfair to speculate that if the investigation connects Bryan Colangelo to any of the other four burner accounts, his time with the 76ers will end immediately. There is no coming back from that breach of trust and loyalty. According to the ESPN.com article, “Ownership fears that Colangelo’s credibility inside and outside the organization may be too badly damaged to continue in the job.”

Yes, the Philadelphia 76ers are taking this situation very seriously. And that too reflects accountability and leadership.

So, the question for you is whether your company prepared to do what it must when one of your all-stars is suspected of wrongdoing? Will it take the allegations seriously, perform the requisite due diligence, and act on the information it obtains?

If the answer is no, then your business is bucking the recent trend.

In other words, you’re going to get dunked on.