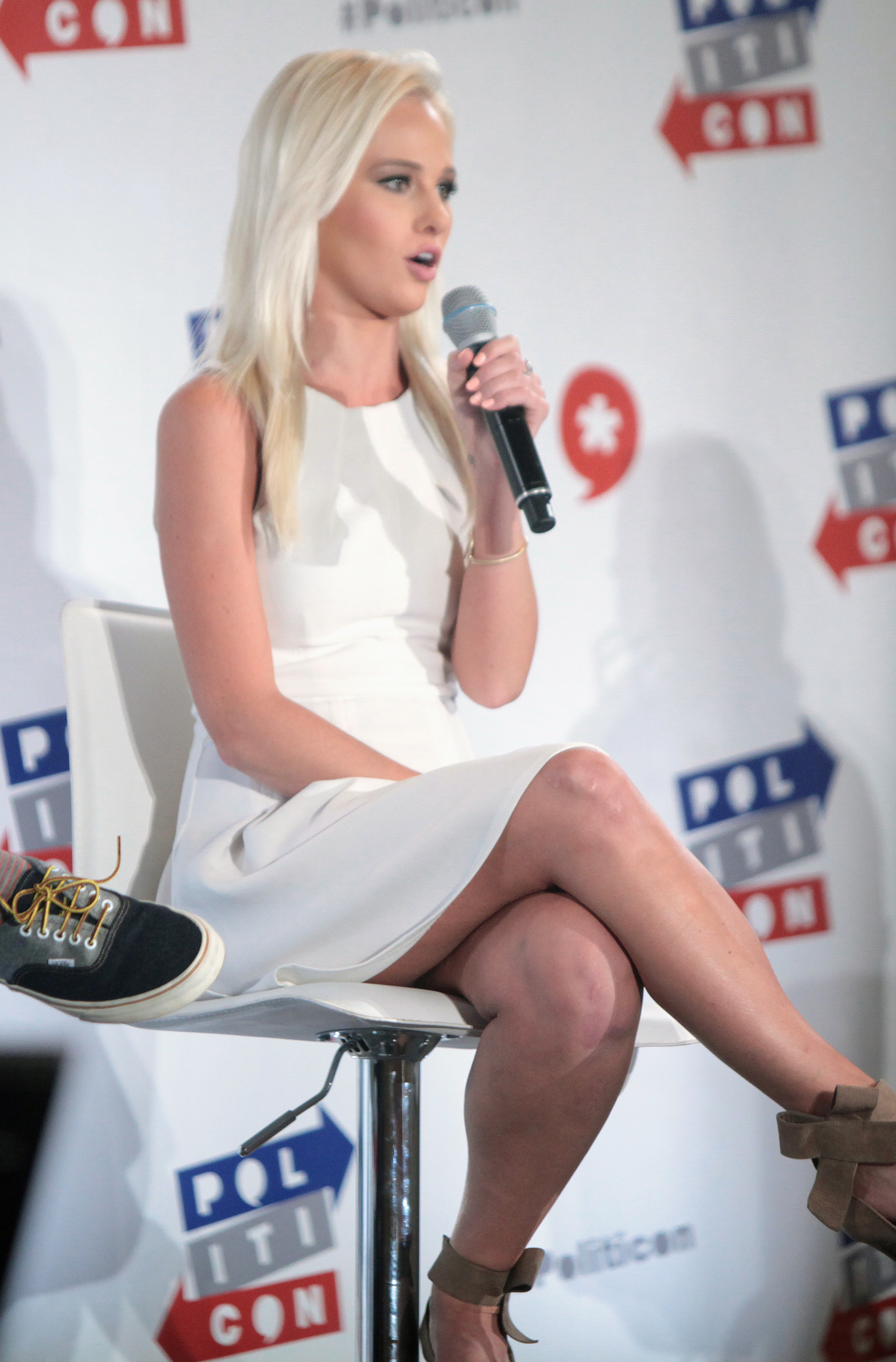 Until a few weeks ago, I had no idea what a “Tomi Lahren” was?

However, it seems that a lot of folks have heard of her. And, since she’s now suing Glenn Beck and her former employer, TheBlaze, Inc., for wrongful termination, I get to write about it.

And generate some quality clickbait.

Who is Tomi Lahren?

According to Wikipedia, Tomi Lahren is a 24-year-old American conservative political commentator, who first came onto the scene in August 2014, before joining the The Blaze in November, 2015. Since then, “she has become known for ending her program with three-minute segments called “final
thoughts”‘in which she speaks extremely quickly.”

Here is a redacted copy of Ms. Lahren’s employment agreement with TheBlaze, Inc.

This little snippet from Wikipedia explains why, unless you’re really into American conservative political commentary, you may not be familiar with Ms. Lahren:

On March 17, 2017, Lahren made a guest appearance on The View, where she said that women should have access to abortion, going further and accusing those who hold pro-life positions of being hypocrites. The Blaze, whose owner Glenn Beck is pro-life and openly criticized Lahren for her comments, immediately suspended her with pay.

On Friday, several media outlets reported that Ms. Lahren had filed a wrongful termination lawsuit against Mr. Beck and The Blaze. Here is a copy of her legal papers filed in Texas state court in Dallas on Friday.

Buzzfeed’s Salvador Hernandez reports here that the company’s position is that Ms. Lahren’s claims are baseless, mainly because it continues to employ her:

A spokeswoman for The Blaze told BuzzFeed News in a statement that the lawsuit is “puzzling” because the publication still considers Lahren an employee under contract.

“It is puzzling that an employee who remains under contract (and is still being paid) has sued us for being fired, especially when we continue to comply fully with the terms of our agreement with her,” the spokeswoman said in the statement.

Ms. Lahren says, nah ah. She claims that she’s been told to go dark on social media and, “to add insult to injury, … employees stretched yellow caution tape spelling an ‘X’ on [her] office/dressing room door.” Also, the company shut off her email account.

Even if Ms. Lahren is right, she may be in the wrong forum. That is, her employment agreement with The Blaze contains an arbitration provision.

The trouble with employment agreements.

Every once in a while, a client will hire a new employee and request that I draft an employment agreement.

And, so I ask, “why?” In a situation like the one involving The Blaze and Ms. Lahren, I get it. Presumably, she’s paid a lot and both sides want to commit to a specific term. But, with commitment comes issues with breaking up.

Here, it’s hard to tell whether TheBlaze, Inc. actually fired Ms. Lahren. And, if it did, was the termination “for cause”? The “for cause” language in the employment agreement doesn’t explicitly cover Ms. Lahren’s public opinion on abortion. So, The Blaze is left with jamming a square peg into a round hole with squishy language like:

I don’t know how this will turn out. Best guess is that it will settle quietly.

Still, this employment contract mess should make you think twice before you commit to one for any set term with an employee. Instead, consider whether an offer letter or term sheet may suffice — one which makes very clear that the employment is at will.