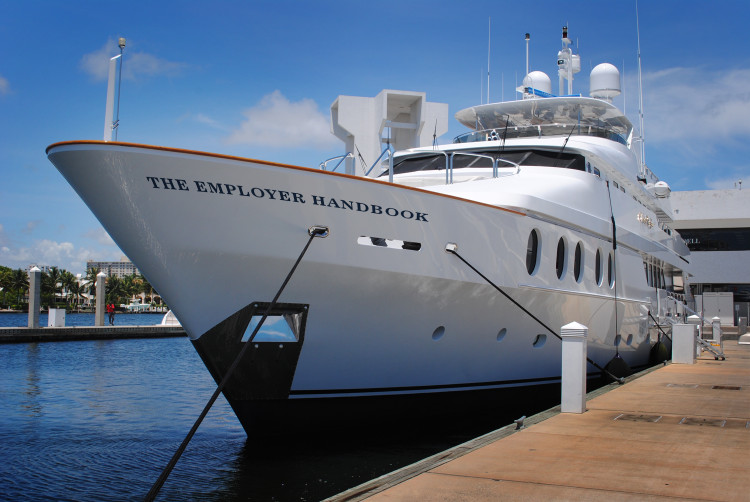 After a ten-day trip with my family (IYKYK) onboard the Royal Caribbean Adventure of the Seas, I’m back to the reality of practicing employment law and blogging about it.

Today, let’s play some tunes as we gaze into the crystal ball and predict what could be the biggest employment law decision of 2023.

Before we get clairvoyant, we need to revisit a blog post from May. Specifically, I wrote about this Third Circuit Court of Appeals decision involving a plaintiff who needed Sundays off to observe his religion.

Title VII of the Civil Rights Act of 1964 prohibits employment discrimination based on religion, which includes refusing to accommodate an employee’s sincerely held religious beliefs or practices unless the accommodation would impose an undue hardship.

The Third Circuit noted that the defendant offered to find employees to swap shifts with him. However, coworkers resisted. Indeed, the accommodation proved unsuccessful because, several times, the defendant could not find someone to replace the plaintiff.

Absent any available accommodation, the court focused instead on the undue hardship analysis. An “undue hardship” results in more than a de minimis cost to the employer. In this case, the court observed that exempting the plaintiff from working on Sundays would have created undue hardship by harming coworker morale. Therefore, there was no duty to accommodate.

This outcome did not sit well with the plaintiff and his lawyer, who have since asked the Supreme Court to weigh in to resolve two issues:

The first is whether an employer may demonstrate “undue hardship on the conduct of the employer’s business” under Title VII merely by showing that the requested accommodation burdens the employee’s coworkers rather than the business itself. I suspect the Supreme Court will decline to resolve this issue. It’s narrow and often interrelated to productivity and overall business operations, which courts agree is enough to demonstrate undue hardship — even under the higher Americans with Disabilities Act undue hardship standard.

The second issue, however, may entice enough members of the Supreme Court to revisit its 1977 decision in Trans World Airlines, Inc. v. Hardison, which is when the Court established the “more-than-de-minimis-cost” test for refusing Title VII religious accommodations. Justices Alito, Thomas, and Gorsuch have already signaled that they are ready to revisit TWA.

Do you think that this is a partisan issue? Think again.

A “progressive” justice named Thurgood Marshall penned a strongly worded dissent in which he considered the outcome in TWA to make “a mockery” of Title VII by creating a Hobson’s choice for many employees with sincerely held beliefs “to give up either the religious practice or the job.” Here’s more from his dissent, in which Justice Brennan joined:

Today’s decision deals a fatal blow to all efforts under Title VII to accommodate work requirements to religious practices. The Court holds, in essence, that although … an employer must make reasonable adjustments in [an employee’s] work demands to take account of religious observances, the regulation and Act do not really mean what they say…As a question of social policy, this result is deeply troubling, for a society that truly values religious pluralism cannot compel adherents of minority religions to make the cruel choice of surrendering their religion or their job. And as a matter of law today’s result is intolerable, for the Court adopts the very position that Congress expressly rejected in 1972, as if we were free to disregard congressional choices that a majority of this Court thinks unwise.

According to the petition for a writ of certiorari, the current U.S. Solicitor favors revisiting Title VII’s religious accommodation standard. I suspect that at least one of the EEOC Commissioners would too.

In 1977, Justice Marshall accurately predicted that the slightest expense would spare employers from accommodating employees’ religious beliefs. That might change in 2023 if the Supreme Court agrees to revisit its decision in TWA.