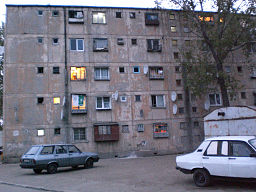 Then I suggest “ghetto.”

Consider this your performance review ProTip for Tuesday, courtesy of this recent decision from a Texas federal court, in which an employer’s summary judgment motion was denied, and a Mexican-American plaintiff’s race and national origin discrimination claims will proceed to trial.

The smoking gun, it seems, was an affidavit from one of the plaintiff’s supervisors filed in support of the employer’s motion for summary judgment, in which the supervisor stated, “I advised Ms. Garza that this ‘ghetto-ness’ would no longer be tolerated, and that she would be terminated if it continued.” The plaintiff argued that this statement was direct evidence of discrimination against her. The defendant countered with the argument that “cases in which comments containing the word ‘ghetto’ have been viewed as facially discriminatory generally involve African American employees, while Garza is Hispanic.”

Now, look folks. I don’t know how things work in Texas. They’ve got a Heisman Trophy winner who appears to be imploding right before our very eyes, and this. I reckon — see how I did that? — that the only two things I can trust down there are good barbecue and Tony Romo leading the Cowboys right out of the playoffs in December. The “ghetto relates only to African American employees” defense makes about as much sense as an Amanda Bynes tweet doesn’t strike me as compelling.

Well, it didn’t move the court either. Instead, the it took the logical route and reviewed the dictionary definition of “ghetto”, which does not refer to African-Americans, only to racial minorities, of which Mexican-American is one of them. Then add in that the plaintiff’s manager referred to the “ghetto-ness” in Garza’s office as a reason behind her termination and noted this on her Termination Report, and you’ve a got a case going to trial.

And now, comin’ atcha with a little two for Tuesday. Shout out to the defendants. We have Jay-Z and Pras, Mya, and ODB