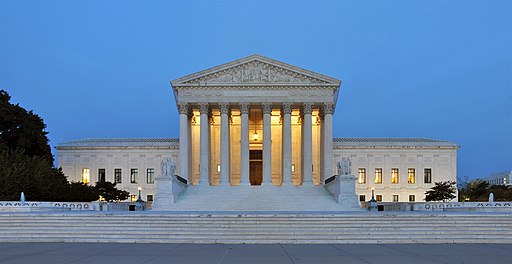 Last week, on Monday, the Supreme Court issued this age discrimination opinion. The opinion focuses on age bias in a federal government workplace, which is a small portion of folks that read this blog.

But, there are a few takeaways for the rest of you. And since this is an employment law blog, let’s discuss what the Supreme Court has to say about age bias in your workplace.

The case is called Babb v. Wilkie (opinion here). It’s about a woman born in 1960 who works for the federal government as a clinical pharmacist in Florida. She sued the Secretary of Veteran Affairs, alleging that the government discriminated against her based on her age when it stymied a promotion opportunity, took away some holiday pay, and denied her some training opportunities.

The issue before the Supreme Court was how does a plaintiff demonstrate that age bias motivated the federal government’s personnel decisions? The short answer is that the age considerations may not taint personnel actions in any way.

But, most of you don’t work for the federal government. So, I want to focus on a different part of the opinion, a sliver that talks about age discrimination in the private sector.

That is, eight Supreme Court justices writing the majority opinion is Babb agreed that the law of the land remains the Court’s 2009 decision in Gross v. FBL Financial Services. In Gross, the Court ruled that a plaintiff alleging age discrimination at work must show that age was the “but-for” cause of an employer’s adverse action.

In plain English, age bias caused the defendant to do whatever bad stuff it did to the plaintiff.

That’s a reasonably high standard because, in other types of discrimination cases (e.g., sex, religion, race), the plaintiff only has to show that the plaintiff’s protected class was a motivating factor (not necessarily the cause) in whatever the employer did to harm the plaintiff.

And not only did the Supreme Court reaffirm the heightened standard in private sector age discrimination cases, but it also reconfirmed that the same rule applies in retaliation cases too.

(By the way, the judge that dissented from the majority opinion in Babb was JusticeThomas. And he didn’t dissent because he disagreed about the higher discrimination bars in private sector cases.)

In practice, are age discrimination and retaliation claims that much harder to prove? Not really. Back at oral argument in the Babb case, Chief Justice Roberts wondered whether ‘Ok, Boomer’ was enough to support an age discrimination claim. That seems like an eternity ago. And we never got a clear answer to that inquiry.

But, I do know that most judges leave close calls to the jury, and most juries don’t split hairs between motivating factors and “but-for” causes.

For example, what if after the COVID-19 curve flattens, a business decides to delay the return of older employees to the workplace — even if out of concern for their well-being? Is age the but-for cause of that employment decision? I’d imagine that the company may have the opportunity to test that hypothesis as the defendant in a subsequent discrimination lawsuit.

Tomorrow at 2 PM EDT, join me and my special guest, Amy Vazquez, Director, Legal Content at Employers Association of NJ on Zoom. We’ll explore all of the recent COVID-19 workplace guidance from New Jersey and Pennsylvania. Click here to join us. And if you have a question, ask away!

Then, on Friday at Noon EDT, I’ll be back at The Employer Handbook Facebook page for a Facebook Live chat to discuss everything Coronavirus and employment-related that’s not NJ or PA. You can submit questions by clicking here.