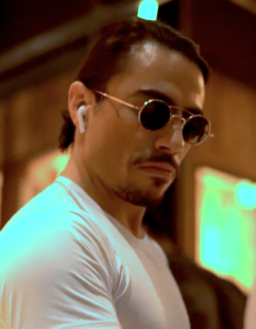 Restauranteur Nusret Gökçe became an internet sensation a few years ago. Basically, he’s famous because he did this. And he’s easy on the eyes. Hence, the nickname “Salt Bae.”

According to Wikipedia, Mr. Gökçe has cashed in on his popularity and fame with restaurants in Abu Dhabi and Dubai in the United Arab Emirates; Doha in Qatar; Ankara, Bodrum, Istanbul, and Marmaris in Turkey; Jeddah in Saudi Arabia; Mykonos in Greece; Miami, New York, and Boston in the US.

But, mo money, mo problems. At least that’s what the National Labor Relations Board concluded in a recently released advice memorandum.

It seems that one of Mr. Gökçe’s restaurants violated the law when it fired four workers for complaining about its tip-pooling policy.

But wait a minute!

That sounds like Fair Labor Standards Act retaliation, which would be in the U.S. Department of Labor’s sandbox. That’s possible too.

But, when employees discuss working conditions with one another, that is considered protected concerted activity, which the National Labor Relations Act protects. The Board provides several examples of protected concerted activity. First on the list is talking with one or more co-workers about wages and benefits. And, according to the Board memo, “employee discussions and complaints about employers’ tip policies are ‘undeniably’ protected by [federal labor law].”

So, if you discipline one employee for his or her individual complaints about wage and hour issues, you’ve got an FLSA problem. But, when more employees complain and you discipline those employees too, you may have effectively doubled down with an NLRA claim too — even if your workplace is not unionized.