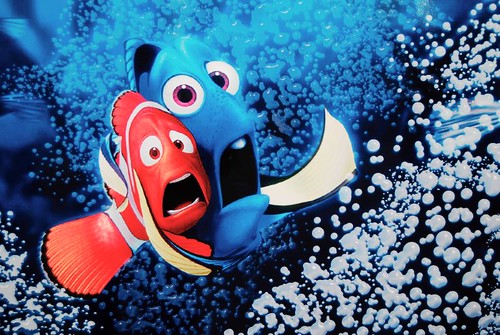 That’s why I stick with Finding Nemo at work. I also find myself eating lunch alone and getting plenty of odd looks from the staff. Well, that and my mohawk.

But, at least I’m not at risk of creating a hostile work environment.

Now, in this recent opinion, instead of quoting Finding Nemo, a Deputy Sheriff frequently quoted movies lines from the movie Full Metal Jacket. In particular, the Deputy’s go-to sequence involved the term “Alabama blacksnake,” which the court described as “a derogatory term used to refer to African-American male genitalia.” He also used the movie line “all [n-words] must hang,” which the Deputy stated on at least one occasion.

The plaintiff, who is African-American, was offended by the Deputy’s predilection for the Stanley Kubrick Vietnam movie. He further alleged that others heard the Deputy’s comments, but did nothing about it.

Comments based on race, frequently uttered, offensive to the plaintiff, and known to the employer. Sounds like we’re gonna have a trial on the plaintiff’s hostile work environment claim.

Whose side are you on, son?

I’m on your side.

I’m guessing that, in this particular case, the Deputy may not have delivered the movie lines intending to offend the plaintiff. He probably meant it as a joke. Ha ha! Not funny. And that’s the takeaway: intent doesn’t matter. Rather, what matters is the behavior at work has the effect of offending a member of a protected class (based on that protected class). Then you’ve got the makings of a hostile work environment.

So, while it’s ok to have fun at work and even quote movie lines (as long as they aren’t offensive movie lines), remind your employees that jokes and innuendo with racist, sexist, ____ist connotations are never ok.