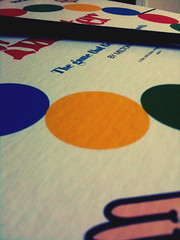 And some of you wonder why I enjoy blogging about HR and employment law.

(What I won’t do for my loyal readers….)

[Editor’s note: Am I the only one disturbed by the “while my son is home” qualifier?]

For whatever reason, the Court missed that subtlety. However, it couldn’t ignore the contents of certain posts from plaintiff’s Facebook page; namely:

So did the co-worker comments offend the plaintiff?

In what the court deemed a “very enticing argument,” the defendant contended that workplace rumors could not have offended the plaintiff because she was engaged in the same shenanigans on Facebook. Plaintiff testified that her Facebook postings were “obviously” jokes, which did not embarrass or humiliate her because they were “between friends.” Indeed, the plaintiff differentiated the rumors spread by her co-workers as being embarrassing because they were spread to co-workers rather than friends.

Ultimately, the court decided to leave it up to the jury as to whether the plaintiff’s Facebook posts prove that the comments she allegedly received in the workplace were offensive to her.

Social media blurs the line between workplace and personal.

Courts must leave credibility determinations to the jury. That’s the way it works. However, I don’t see how an employee’s discourse on Facebook would have any bearing on whether treatment to which she was subjected in the workplace offended her. Unless the behavior on Facebook involves co-workers, in which case if may be far more difficult to draw the line between what happens during and after work hours. (In the case above, the “swinging” comment came from a Facebook friend of the plaintiff).

So, what do you think, folks? If a plaintiff-employee alleging hostile work environment lets his/her freak flag fly on Facebook with co-workers (or at least knowing that co-workers can view whatever he/she does on Facebook), should that undermine the sexual harassment claim?

I’d like to hear from you in the comments below.