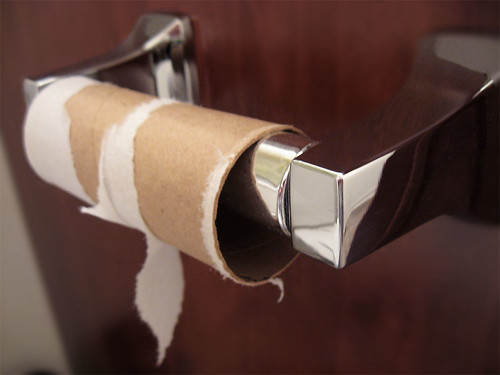 Just another ho-hum Wednesday here at the ol’ Handbook.

So, did you hear the one about the employee who got caught urinating next to shopping carts near the front entrance of a big home improvement store? He even admitted to, and apologized for, his public urination, explaining that he “was unable to retain his urine and had to urinate immediately.”

I’m pretty sure, if that were me, that I’m not hanging around for the exit interview.

This dude, however, after he got fired, sued the store for violating his rights under the Americans with Disabilities Act. Something about a bad back and having completed an ADA form at one point. Although, it later came out during the course of litigation that the plaintiff had a prostate issue. But, that was corrected with surgery.

Sounds like a big mess. It also sounds like summary judgment to me. Indeed, the court ruled (here) that there was no discrimination.

Remember that post from last month, the one about the employer with the mystery workplace defecator that subjected two employees to cheek swabs to rule them out. Well, that was a GINA violation.

And, on Monday, following a damages hearing, the jury returned a verdict for the two plaintiffs. One plaintiff received $250,000 in compensatory damages; the other $225,000.

Oh, and the jury concluded that the employer should be hit with a punitive damages award too: $1,750,000!

Sweet land of liberty…If you need me, I’ll be starting a GINA blog next week.