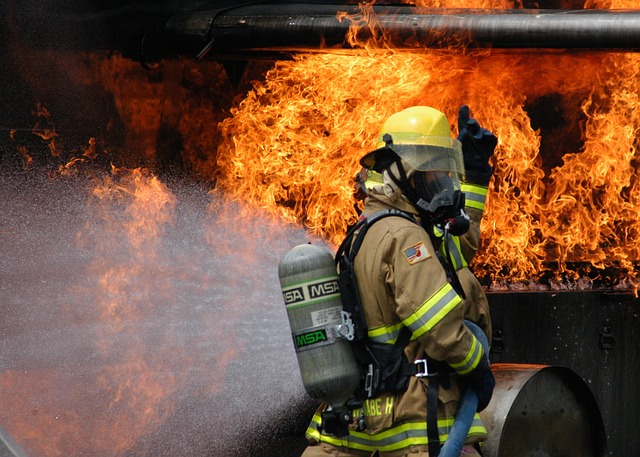 I’m not writing today top rehash #TakeTheKnee. Been there, done that.

Rather, today’s post is a friendly reminder to all employees out there who want to express their opinion online about this week’s NFL protests.

Remember last week, that firefighter who was suspended for his Facebook post about how that he’d rather save a dog than a million black people.

“Hold my drink,” said two others.

[They didn’t really say that, I think, but you get the idea.]

Will Brinson at CBSSports.com reports here that “Paul Smith, the fire chief for the Washington County volunteer station, allegedly called [Pittsburgh Steelers Head Coach Mike] Tomlin a “no-good [n word]” on a Facebook post following Tomlin’s announcement that the Steelers would not stand on the field.”

It didn’t go much better for an Arkansas volunteer firefighter. Here’s the report from David Royer and Andrew Ellison are WREG.com: 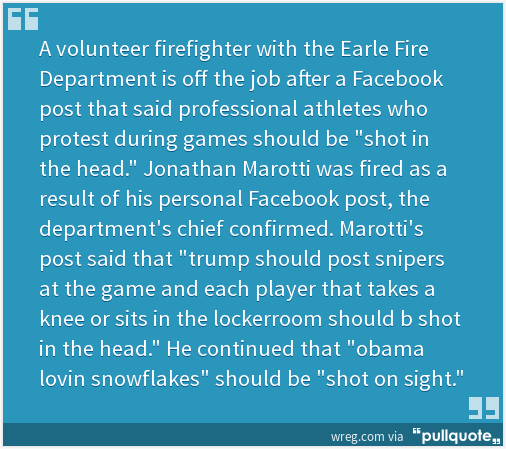 Got something to add about the NFL protests? Fine. Be heard. Say it with passion. Just be respectful too.

Assuming you care to remain employed.