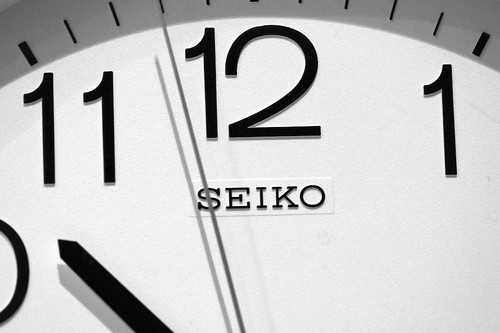 Late last week, the District of Columbia advanced a bill aimed at ending “just in time” scheduling, where employers adjust employee work schedules for hourly workers — often within 24 hours or less —  based on consumer demand.

Perry Stein at The Washington Post reports here that the “Hours and Scheduling Stability Act of 2015” narrowly made it out of committee and will likely be voted upon by the full council this week.

The concern from proponents of the bill, is that “just in time” scheduling can result in erratic shifts, both in time of day and duration. Opponents stress that the bill is a failed attempt at a “one-size-fits-all.” Further, they complain that the rules are too inflexible and impose a significant burden on employers — on top of the recent decision to raise minimum wage to $15/hour — thus, deterring new businesses from opening their doors in the District.

If the measure passes, DC will follow San Francisco as the second major city to hamstring “just in time” scheduling.

Last year, there were rumblings at the Department of Labor about exploring ways to regulate scheduling. Instead, the DOL changed the salary-level for overtime exemptions. However, employers who utilize “just in time” scheduling must still abide by the Fair Labor Standards Act, by compensating non-exempt employees for the time spent working, even if they are only “engaged to wait.” That is, when your employee is waiting for work to do while on duty, he or she is engaged to wait and the time is hours worked. Additionally, in places like New York City, the local law requires “call-in pay,” i.e., wages owed to employees for reporting to work on a given day even if they are sent home early.