Plus, I get to start the week right by citing a source called “Russian Machine Never Breaks.”

At the aforementioned Russian Machine Never Breaks, Ian Oland reports that a Canadian professional hockey team has fired the man who sings the Canadian national anthem before games.

Well, first, Mr. Oland reports that the team fired the anthem singer after learning that he would sing “O Canada” at a rally over the weekend protesting COVID-19 restrictions in Canada, among them facemask requirements.

But, check this out. The owner of the team supposedly fired the anthem singer in a tweet. 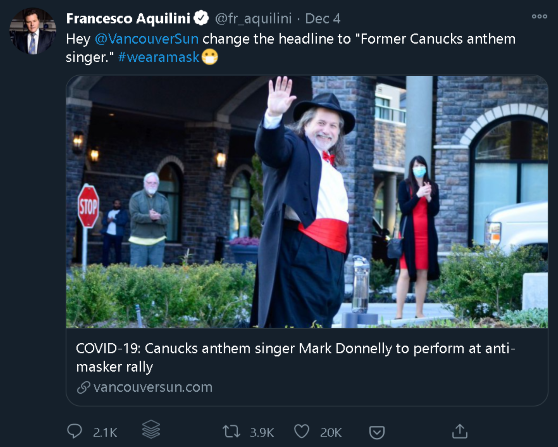 As if this couldn’t get any more 2020, we have this story from Maryse Zeidler at CBC News. Ms. Zeidler reports that a reporter for the Sunderland AFC, a League One football (soccer) team in England, took shrapnel on social media following the anthem singer’s dismissal.

Fortunately, the Englishman has a good sense of humor. 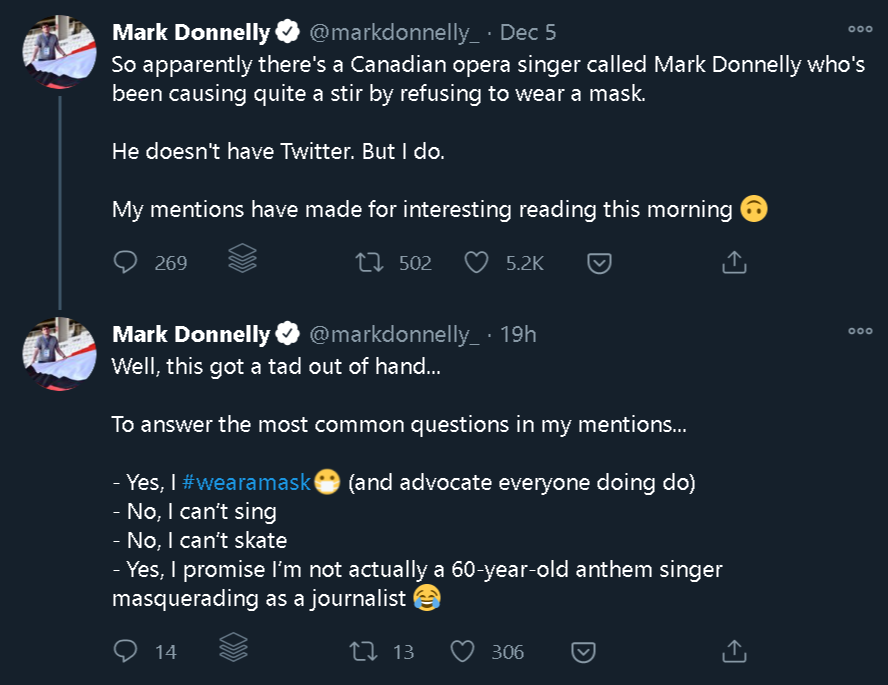