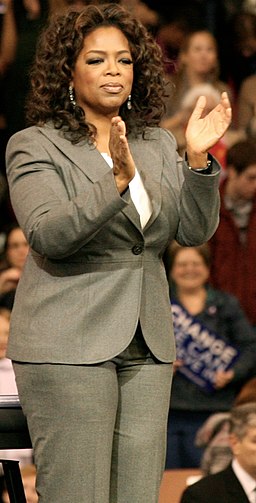 Ok, so maybe Oprah had nothing to do with Public Health Emergency Leave, a bill that provides up to two weeks of paid sick leave coverage to thousands of workers in Philadelphia who physically report to their jobs. Instead, Councilmember Kendra Brooks introduced it on May 1, 2020, it passed City Council by a vote of 16-1 on September 10, 2020, and Mayor Kenney signed it into law on September 17, 2020.

Modeled after the emergency paid sick leave provisions of the federal Families First Coronavirus Response Act  (FFCRA), the new Philadelphia law goes above and beyond. For example, just about any employee that works more than 40 hours in a year within the City of Philadelphia –regardless of the size of the employer — is eligible to take paid sick leave for any of the same reasons outlined in the FFCRA. (But, there is no comparable eFMLA leave). Plus, there are several other “covered individuals” such as housekeepers, live-in help, food delivery drivers, gig economy workers, rideshare drivers, and more.

During a public health emergency, such as the current COVID-19 pandemic, an eligible employee who works 40+ hours per week can get at least 80 hours of “public health emergency leave” and up to 112 hours of leave. (Those who work less than 40 hours per week can still get covered leave, but the amount is based on a formula used to calculate average wages.)

While the new law expands the pool of eligible individuals, it also creates other idiosyncrasies. However, there are some safeguards for employers. For example, those eligible for FFCRA paid sick leave cannot double-dip. Similarly, if the employer already has a paid leave policy that is at least as generous as this new law, the employee cannot get both. Further, employers can generally run public health emergency leave concurrently with other forms of paid leave that federal or state law may require. Moreover, the same FFCRA rules apply to individuals that telework; i.e., you can’t get public health emergency leave while teleworking.

It should also come as no shock that the new law has an anti-retaliation provision, employees have the right to reinstatement once leave ends, leave is use-it-or-lose-it, and there is a notice requirement.