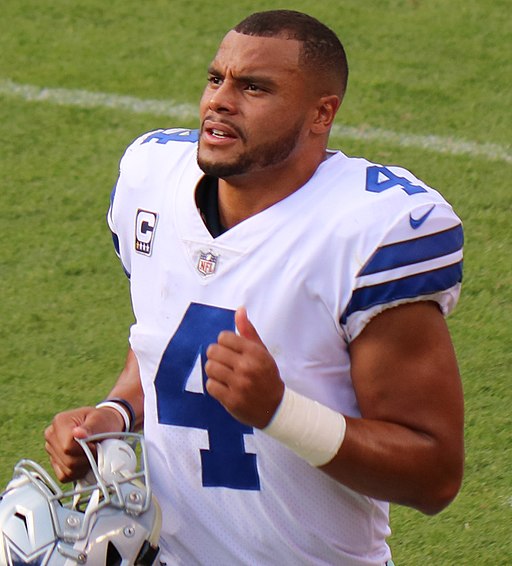 Allow me to explain — at least before you call the police and have me hauled off to Philadelphia Eagles prison.

2020 has not been kind to most of us — especially Dak Prescott.

Dak Prescott is the starting quarterback for the hapless Dallas Cowboys. Over the years, I’ve given him and his team plenty of crap for their on-field performance. Why, just last season, the Cowboys completed an epic collapse by dropping a critical late-season game to my Eagles, which caused them to miss the playoffs altogether.

But, I respect Mr. Prescott as a football player. And, off the field, I also admire Mr. Prescott’s bravery for this recent interview in which he discusses his brother’s suicide while confronting his battles with depression.

“At FOX Sports, we are proud of Dak Prescott for publicly revealing his struggle with depression and mental health. No matter the cause of the struggle, FOX Sports believes Dak showed tremendous courage which is evident in both his leadership on the Dallas Cowboys and in his character off the field,” the network said in a statement.

“We do not agree with Skip Bayless’ opinion on Undisputed this morning. We have addressed the significance of this matter with Skip and how his insensitive comments were received by people internally at FOX Sports and our audience.”

And by problems, I mean lawsuits.

Under the Americans with Disabilities Act, an employer must accommodate a qualified individual with a disability (e.g., depression) where doing so will allow that person to perform the essential functions of the job without creating undue hardship for the business. Imagine a manager that questions a direct report’s ability to overcome depression to perform his/her job. The manager’s inflexibility or stereotypes could give rise to a failure-to-accommodate claim, a hostile work environment, or both.

That same manager may not recognize that an employee opening up about his or her battles with depression may trigger an obligation on the part of the company to offer FMLA leave (depression may qualify as a serious health condition) or trigger state or local law leave/accommodation laws.

And there is no COVID-19 exception either. If anything, there should be heightened sensitivity to those who are experiencing mental health issues now — even employees that are currently teleworking. Even when the employee works remotely, there remains a duty to accommodate under the ADA and to offer FMLA leave when the employee is eligible.

Here are a few resources to assist employees who may be struggling emotionally during this pandemic: