I did one of these posts a few weeks ago, where I wrote about employees getting sacked for a Facebook post and then offered you — the employment lawyers and HR pros — the opportunity to second-guess the termination decision.

Giving y’all the chance to weigh in nearly crashed my servers. So, let’s try it again with a new set of facts. But, be easy on my hardware.

Rhonda Lee is a meteorologist for KTBS-TV. Oh, did I say “is“? I meant “was“. She was fired based on two exchanges that occurred on the station’s Facebook page:

[Click on the first one if you have difficulty reading it; it links to a larger version] 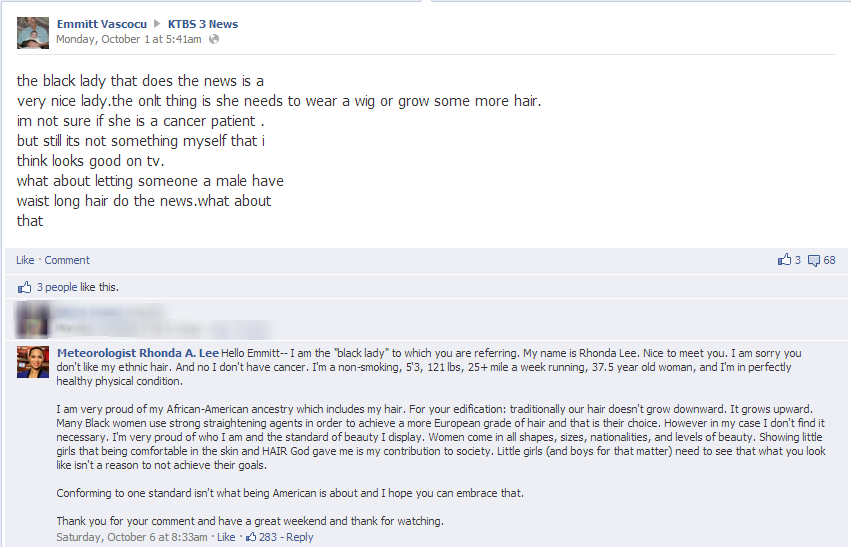 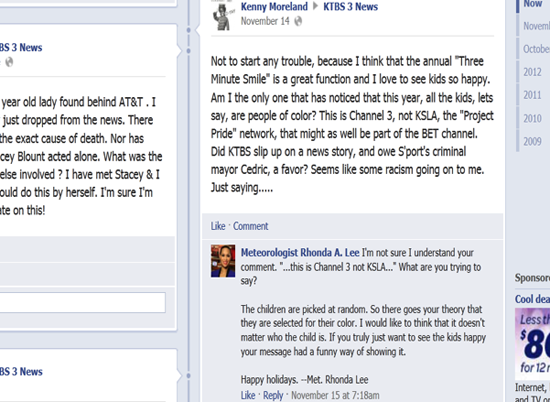 KTBS News Director Randy Bain released a statement that said, “If harsh viewer comments are posted on the station’s official website, there is a specific procedure to follow. Ms. Rhonda Lee was let go for repeatedly violating that procedure after being warned multiple times of the consequences if her behavior continued.”

Now that you’ve read the posts, the policy, and the company’s position, put on your HR/lawyer hats, and go back in time to before KTBS-TV decided to terminate Ms. Lee. Tell me in the comments below how you would advise the station to proceed.