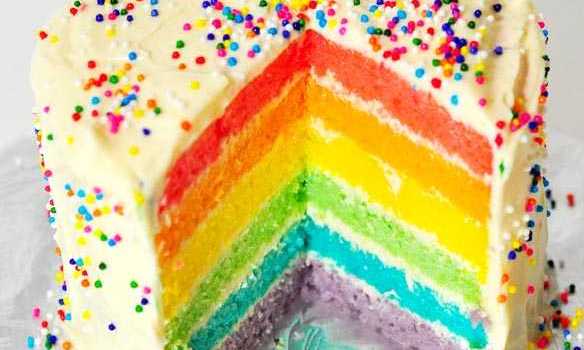 On June 15, 2020, the Supreme Court ruled 6-3 in Bostock v. Clayton County that an employer who fires an individual merely for being gay or transgender has violated Title VII of the Civil Rights Act of 1964. Title VII is the federal workplace law that forbids discrimination based on sex. Like any good employment law blogger, I wrote all about it here.

For Bostock‘s first birthday baked this cake. Actually, I made these amazing brownies instead, substituting brown butter for the regular melted butter in the recipe. **chef’s kiss**

Plus, I have a present. Actually, it’s from the U.S. Equal Employment Opportunity Commission. This press release has all the details:

The U.S. Equal Employment Opportunity Commission (EEOC) is observing LGBTQ+ Pride Month, and the anniversary of the U.S. Supreme Court ruling in Bostock v. Clayton County, by announcing the release of new resources to educate employees, applicants and employers about the rights of all employees, including lesbian, gay, bisexual and transgender workers, to be free from sexual orientation and gender identity discrimination in employment. The materials include a new landing page on the EEOC website that consolidates information concerning sexual orientation and gender identity discrimination and a new technical assistance document to help the public understand the Bostock decision and established EEOC positions on the laws the agency enforces.

There are a couple of points worth emphasizing from the new technical assistance document.

Does Title VII protect employees who work in places where state or local law does not prohibit employment discrimination based on sexual orientation or gender identity?

Yes. As a federal law, Title VII applies nationwide and protects employees from discrimination based on sexual orientation or gender identity regardless of state or local laws.

Could an employer’s discriminatory action be justified by customer or client preferences?

No. As a general matter, an employer covered by Title VII is not allowed to fire, refuse to hire, or take assignments away from someone (or discriminate in any other way) because customers or clients would prefer to work with people who have a different sexual orientation or gender identity. Employers also are not allowed to segregate employees based on actual or perceived customer preferences. (For example, it would be discriminatory to keep LGBTQ+ employees out of public-facing positions, or to direct these employees toward certain stores or geographic areas.)

May a covered employer require a transgender employee to dress in accordance with the employee’s sex assigned at birth?

No. Prohibiting a transgender person from dressing or presenting consistent with that person’s gender identity would constitute sex discrimination.

I will try to sign my name on the EEOC’s card when I present with them later today at the EXCEL Conference. Wish me luck!