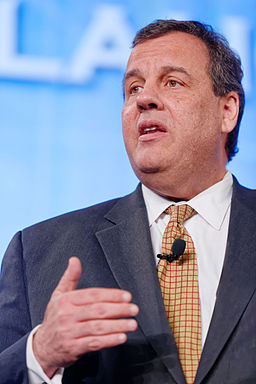 There’s an equal-pay-for-women movement going on nationwide. Maybe you’ve heard of it. The most-commonly cited statistic is that full-time American female employees are paid only 79 cents for every dollar paid to men.

Locally, here in New Jersey (technically, I’m typing this post in Cherry Hill, NJ ), the battle has waged on for some time. On Monday, on Governor Chris Christie’s desk sat a bill, which purported to foster equal pay for men and women.

Well, technically, it was a partial veto.

Samantha Marcus, reporting for NJ.com, writes here that Governor Christie has emphasized his support for equal pay, but he refused to sign the bill because its penalty provisions were too draconian. Among other things, the bill would provide for unlimited back pay and treble damages.

In a statement to the NJ Senate, Governor Christie also blasted the bill as “materially chang[ing] the legal standard for establishing wage discrimination”:

In its current form, the bill would eliminate any consideration of whether employees’ work was equal and whether they undergo similar working conditions. It would require an oversimplified comparison of wages while ignoring any consideration of the employer’s practices or facilities. This is nonsensical and makes New Jersey very business unfriendly. I will not tolerate that issue being exacerbated by this bill. While I support an explicit prohibition on wage discrimination on the basis of gender, I recognize that the identification of unlawful wage discrimination requires an intensive fact-based evaluation of the workplace and positions. This bill eliminates that requirement. That is wrong. Therefore, I am recommending that this bill be amended to reflect the standard required by New Jersey Supreme Court decisions.

As drafted, the bill would require an employer to pay any of its employees the same for “substantially similar” work. The federal Equal Pay Act of 1963 requires equal pay for “equal work on jobs the performance of which requires equal skill, effort, and responsibility, and which are performed under similar working conditions.”

So, for now, this bill goes back to the NJ Senate for reconsideration.