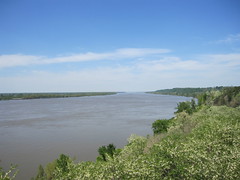 Back in 2010, Douglas Clayton had a rough Summer.

In August, Mr. Clayton was employed as a deckhand on a boat in Louisiana — that is, until one of his white co-workers allegedly raised a wrench to Clayton and told him to get his “stupid mother f**king n**ger ass” off the boat. Mr. Clayton promptly complained to Human Resources and was transferred to another of the defendant’s boats.

In September, Mr. Clayton again reported to Human Resources that his new co-workers continued to say “n**ger,” among other comments, around him. Allegedly, HR responded by telling Mr. Clayton to “lighten up.” Allegedly, later that day, after telling one of his co-workers to stop using the word “n**ger” on the boat, that co-worker attacked Mr. Clayton from behind.

After the physical altercation, Mr. Clayton skedaddled to another boat and called 911. While waiting for a police response, Mr. Clayton claimed that the co-worker who attacked him yelled out to Clayton, “Come out mother f**ker!”

Out of fear, Mr. Clayton jumped into the water and swam 30-40 feet to the shore.

He then sued for race discrimination, among other things. The employer moved for summary judgment, arguing that Mr. Clayton had not met his burden of establishing a tenable hostile work environment claim. The court (in this opinion), however, disagreed, underscoring that the incidents at issue were pervasive, hostile, and based on race:

Here, while there may be some incidents of hostility towards Clayton that do not deal specifically with his race, the facts provided indicate the majority of the harassment was race-based, and there is evidence that Clayton personally experienced these hostile events…Further, the insults directed towards Clayton are alleged to have occurred numerous times throughout his employment with Defendant.

The Court also questioned whether the employer had an effective mechanism in place to address allegations of race discrimination, noting that it presented no evidence of a strict-harassment policy and failed to even reprimand anyone. The alleged “lighten up” comment probably didn’t much either.

Employers: When your employee has to dive into the water and swim to shore in order to avoid his tormentors — just thinking out loud here — consider anti-harassment training.

And settling that case.