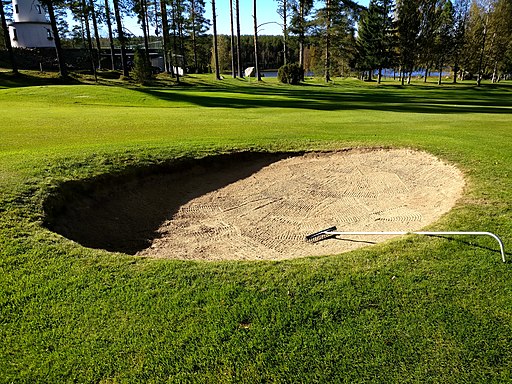 Although, the Facebook photo of the plaintiff captioned “Tubing the Rifle River” didn’t help his chances either.

Neither did lying about sleeping at work despite photographic evidence to the contrary.

Wow, I’d like to go golfing and tubing too!

Let’s go out to Michigan for the story of a Senior Technician, err, former Senior Technician. It all went down in the Summer of 2015 — work with me, here — when our to-be plaintiff was suffering from foot pain and a chronic knee condition. So, he requested time off in the middle of July, got a doctor’s note and filled out some FMLA paperwork.

All good so far.

The weekend of July 17, 2015, was during this FMLA period. Tthe plaintiff attended a charity golf tournament, at which he appeared in a picture that ended up on Facebook. The picture was captioned “2015 Tim and Ed’s Golf Scramble Champs.” And wouldn’t you know it, the photo somehow caught the attention of plaintiff’s direct supervisor. Funny how that works. The supervisor called the golf course and spoke with an employee who confirmed that the golf scramble took place the weekend of July 17.

The following week, on July 25, 2018, the plaintiff appeared in a Facebook post captioned “Tubing the Rifle River.” Once again, the supervisor learned about the Facebook post. That was on July 28, 2015. Id. On July 29, 2015, the plaintiff’s doctor cleared him to return to work with no restrictions, and the plaintiff returned to work that same day. On September 11, 2015, the company denied his FMLA request.

On September 16, 2015, plaintiff me with his supervisor and HR. According to the Court’s opinion, here’s how it went down from there:

They questioned him about various activities he was and was not able to do during his time off due to his medical condition. He told them it was difficult to walk and climb stairs. They also showed him the picture from the golf outing and questioned him about his attendance. On September 24, 2015, [the supervisor] prepared a memorandum of this investigation. The memorandum indicates that Plaintiff admitted to [them] that he “participated in the tournament.” He told them he had also tubed down the rifle river.

As a result, the employer put the plaintiff on a sort of last-chance agreement. About two months later, plaintiff squandered that last chance when he and a co-worker were accused of sleeping on the job. Plaintiff claimed he wasn’t sleeping. A photo with which the company confronted him indicated otherwise. He was fired.

Sometimes, an honest belief is all it takes.

Raise your hand if you think the plaintiff won his FMLA retaliation lawsuit.

Yeah, me neither. Ultimately, to prevail on an FMLA retaliation claim, the plaintiff has the burden of proving that the reason that the employer gives for taking some action against him (e.g., the last-chance agreement or the termination itself) is a pretext for animus against the plaintiff because he sought/took FMLA leave.

Plaintiff testified at his deposition that he did not participate in the golf outing but merely rode in the golf cart for nine holes, walked up to the green to watch his teammates putt, and walked to and from his car. He also testified that all he did on the tubing trip was float for a few hours with his feet in cold water.

Except, he never communicated that to the company before his termination of employment.

Thus, the court concluded that the employer could honestly believe that the plaintiff was abusing his requested FMLA leave:

[The supervisor] was under no obligation to ascertain precisely what physical activities he engaged in and compare those activities to his work functions. She was not required to determine how many golf shots Plaintiff took (if any), whether he only walked to the greens to watch people putt, or whether his tubing trip included physical activity beyond simply resting his feet in cold water for three hours. The employer’s decisional process need not be optimal or leave every stone unturned so long as the employer makes a reasonably informed and considered decision.

As for sleeping at work and the subsequent termination, the plaintiff argued that the employer “openly tolerated inattention to duties, including watching TV, reading, and taking naps. Plaintiff also argues that ‘Defendant does not and cannot produce evidence that it uniformly applies its attention to duties policy.'”

I believe that’s called leading with your chin. Because he must’ve forgotten that he wasn’t the only one caught sleeping on the job that day. And the other dude — the one who didn’t request FMLA leave — was fired also.