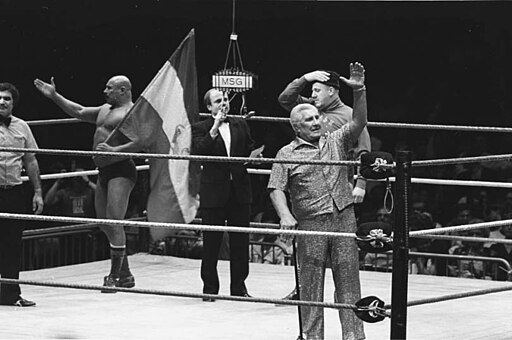 Back when the WWE was the WWF, there was a tag team that were the heels of professional wrestling: The Iron Sheik and Nikolai Volkoff.

Goddammit! Like three-quarters of you have already clicked away.

The rest of you, stick with me, I’m building to a crescendo.

Now, the Iron Sheik was billed as hailing from Teheran, Iran, and Nikolai Volkoff from the Soviet Union. He even sang the anthem.

But, did you know that Nikolai Volkoff isn’t really from the Soviet Union? In “real life,” he’s Josip Nikolai Peruzović from Croatia.

Imagine all the slurs and epithets that were hurled at “Nikolai” during the height of the Cold War — before Rocky ended it — by fans who honestly thought that the wrestler was Russian scum.

If this case of mistaken identify happened at work and culminated in Nikolai losing his job because his employer thought he was Russian, would he have a claim for perceived national origin discrimination?

According to a recent federal court decision, he would!

It this judge saying that wrestling fans, like me, are ignorant? Ok, maybe not. I’ll shut up now and let the Court continue:

True OG fans of the blog know that this isn’t the first time we’ve dealt with discrimination and mistaken identities. And, once again, it’s just as unlawful.

Now, if you’ll excuse me, I need to finish watching Rey Mysterio’s Top 10 WWE Moments of all time.

Dude, come on! Why haven’t you updated your email subscription preferences yet?!?

The new General Data Protection Regulation (“GDPR”) takes effect on May 25. How many times do I have to tell you that, if you subscribe to this blog to receive daily emails, you must update your subscription preferences before May 25.