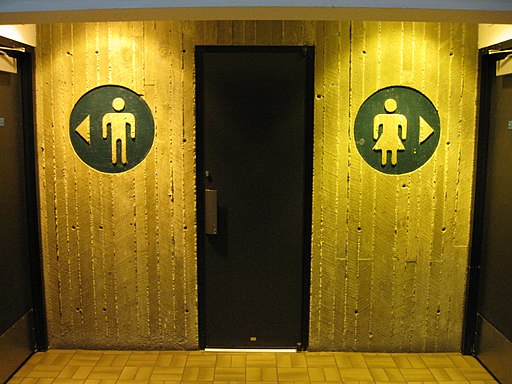 daveynin from United States, CC BY 2.0, via Wikimedia Commons

Do you remember that scene in The Shawshank Redemption where Morgan Freeman’s character ‘Red’ is working the checkout line at a local grocery store? After he finishes bagging someone’s items, he looks over at his manager and says, “Restroom break, boss?”

The manager then motions Red over and tells him, “You don’t need to ask me every time you need to go take a piss. Just go, understand?”

That took place in the 1960s, over twenty years before the United States enacted the Americans with Disabilities Act in 1990. Title I of the ADA requires an employer to provide reasonable accommodation to qualified individuals with disabilities who are employees or applicants for employment, except when such accommodation would cause an undue hardship.

The U.S. Equal Employment Opportunity Commission recently announced that it had settled an ADA lawsuit against an employer that wouldn’t let its employees take restroom breaks, except at scheduled intervals. According to the EEOC’s press release, the company manager told employees that they could only take scheduled restroom breaks during their 6.5-hour shift. Allegedly, one employee with a bladder condition requiring more frequent restroom use promptly submitted a doctor’s note requesting that she be allowed additional bathroom breaks. Despite her repeated efforts to communicate her needs, the club denied her requests and never provided her with additional bathroom breaks, the EEOC said.

Compared to Shawshank, where a white store manager had no problem letting an older black man in the 1960s use the restroom whenever he needed it, it’s completely mind-blowing!

If you ask me, they got off light.

Please train your managers to be more like the one at the grocery store — at least in that one scene. Just don’t look to Shawshank for any other workplace training methods. I’m pretty sure that would go badly for you.