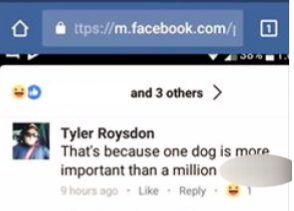 Proving once again that freedom of speech is a big, fat myth when it comes to keeping one’s job, an Ohio firefighter has been suspended after he posted on Facebook about how he would rather save a dog than a million n*****s.

According to the Ariel Zilber at The Daily Mail (here), the Franklin Township Fire Department informed Tyler Roysdon that was suspended indefinitely for his inflammatory Facebook post. Amy Feinstein at Inquisitr reports (here) that the FD cannot terminate Ms. Roysdon. That’s up to the Board of Trustees, which is scheduled to hold a disciplinary hearing later this month.

Ms. Zilbert’s report indicates that Mr. Roysdon’s chances at reinstatement are slim and none: 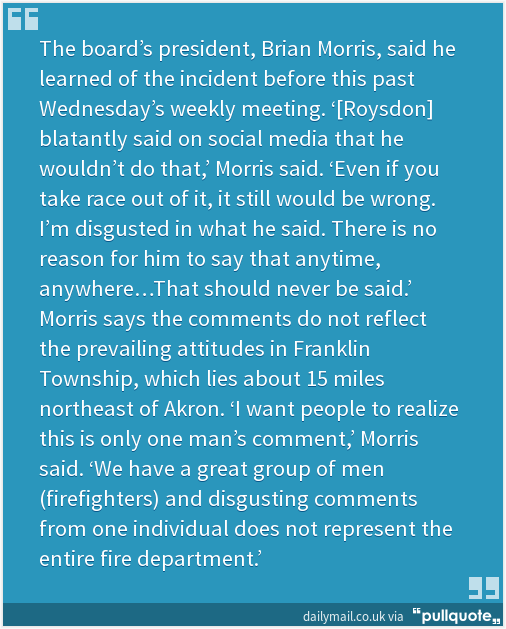 Putting aside the risk that, if allowed to return, Mr. Roysdon’s racism could eventually create a hostile work environment, we’re talking about a person whose job it is to save lives. Is the Franklin Township Fire Department prepared to risk that Mr. Roysdon may actually follow through on his Facebook bluster?

This is a reminder to all employers to consider both the inward and outward-facing repercussions of allowing employees who engages in hate speech — even if on their own time — to continue to remain employed.