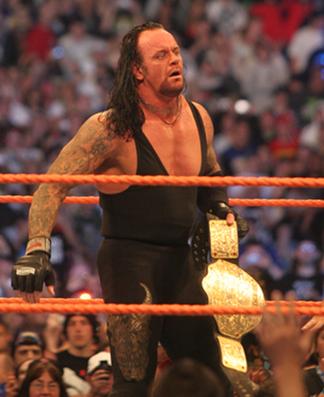 Do you think that The Undertaker’s age motivated the WWE’s decision to script this loss — yes, sorry, it’s scripted? In that context, the notion of age discrimination seems silly. But, what about at work?

Consider this recent Fifth Circuit Court of Appeals opinion. Here are the relevant facts and circumstances:

After more than twenty years at Cargill with no disciplinary history, Salazar was summarily dismissed for insubordination when he shrugged his shoulders to respond in the negative to a routine question from a supervisor. According to Salazar, he was unable to form a vocal response because his mouth was full of coffee, and nothing in his considerable experience at Cargill indicated that such nonverbal communication amounted to insubordination meriting immediate dismissal. Additionally, a new, significantly younger employee appeared at Cargill on the day of Salazar’s termination and took over Salazar’s responsibilities.

The lower court granted summary judgment to the employer on the plaintiff’s age discrimination claims. And the appellate court  reversed, concluding that the plaintiff had presented enough evidence to show that the employer’s reason for firing him after 20 good years on the job may be pretextual:

Salazar produced sworn testimony that (1) he had worked for Cargill for more than twenty years without a single disciplinary incident; (2) the conduct for which he was terminated was routine and, in his experience, had never before been met with sanction; (3) he was dismissed summarily, without a warning or a write-up, contrary to Cargill’s ordinary procedures; and (4) the day of his firing, two new, younger employees began work for Cargill, and one of those employees assumed his work duties. Regardless of whether Salazar ultimately will be able to carry his burden of persuasion on pretext, these sworn facts, and the favorable inferences drawn therefrom, tend to show the falsity of Cargill’s non-discriminatory explanation at this early stage of the litigation.

Does this mean that your best employees with the most seniority are effectively locked in? Well, let’s hope so! But, if the situation should arise where you plan to terminate a long-time employee with a strong work history for cause, then imagine a scale. On one side of the scale is the weight of the reason for termination. On the other side is the value of the employee’s service plus the difference in age between the terminated employee and the replacement. If the two items on the one side weigh more than the other, then reconsider the termination decision, or get a lawyer. Or both.

Image Credit: “Undertaker WHC” by The Badder in the World – originally posted to Flickr as Undertaker. Licensed under CC BY-SA 2.0 via Commons.