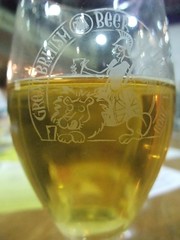 About a year-and-a-half into Sara Jaszczyszyn’s employment with Advantage Health Physician Network (“Advantage”), she began taking intermittent FMLA leave for back pain that which she stated left her “completely incapacitated.”

About five weeks into her leave, several of her coworkers saw pictures of her on Facebook consuming adult beverages at a local Polish beer festival. (Although she doesn’t appear to be “completely incapacitated,” she does appear to be having a good ol time, doesn’t she?)

Who wins? That’s easy. Remember folks. An honest belief is all it takes to fire a suspected FMLA abuser. That is, so long as the employer truly believes in its reason for terminating an employee on FMLA — and that reason is not FMLA-motivated — , the employer wins even if its reason is ultimately found to be mistaken, foolish, trivial, or baseless.

As the Court explained (in this opinion), Advantage wins:

Advantage “rightfully considered workplace [FMLA] fraud to be a serious issue,” and its termination of Jaszczyszyn because of her alleged dishonesty constituted a non-retaliatory basis for her discharge. While Jaszczyszyn relies heavily upon a significant amount of after-the-fact medical evidence (such as the deposition of her treating physician) in trying to cast Advantage’s justification as pretextual, Advantage’s investigation was adequate and turned in large part on Jaszczyszyn’s own behavior at the termination interview, which she does not address at all. She did not refute Advantage’s honest belief that her behavior in the photos was inconsistent with her claims of total disability. Thus, as a result of her fraudulent behavior, her claim of FMLA retaliation fails.

A word of caution to employers: Don’t use the “honest belief” rule as a reason not to investigate suspected FMLA fraud. Advantage did the right thing. After it learned about the Facebook photos, it investigated by, among other things, allowing Jaszczyszyn to explain the discrepancy between her claims and the photos. But Jaszczyszyn repeatedly failed to respond at all, let alone offer such a justification. So Advantage fired her.