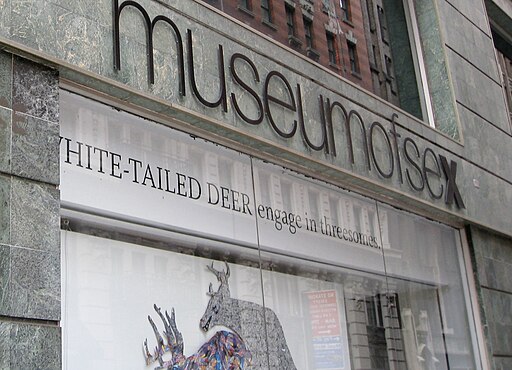 A former employee of the Museum of Sex in NYC is suing for sexual harassment.

A former staffer at the Museum of Sex in New York City has filed a civil lawsuit accusing the institution of failing to protect her from being sexually harassed by her co-workers and drunken patrons.

The plaintiff … alleges that when she asked her supervisors to take action, she was told that ‘it’s the nature of the establishment.’

‘The Museum of Sex, despite its provocative advertisements, is still a place of work, and, as such, its employees are entitled to a workplace free of sexual harassment,’ the lawsuit reads. ‘The Museum cannot continue to get away with refusing to address systemic sexual harassment.’

Ok, let’s stop there. Because that previous paragraph is the point that I want to make in this blog post.

Employers are responsible for keeping the workplace harassment-free from discrimination by employees and non-employees over whom the company has control. Tell ’em EEOC:

“The employer will be liable for harassment by non-supervisory employees or non-employees over whom it has control (e.g., independent contractors or customers on the premises), if it knew, or should have known about the harassment and failed to take prompt and appropriate corrective action.”

Here, the plaintiff alleges that the defendant dropped the ball with that.

The Daily Mail quotes the plaintiff’s complaint as alleging that “[p]atrons and co-workers of the Museum grope its employees, use utterly inappropriate sexual language, and inquire into employees’ private sex lives. The Museum has done nothing to discourage this behavior, despite numerous complaints.”

Whether you operate a sex museum or some other place of business — I’ll take “phrases I never thought I’d type” for $400 — if you learn about discrimination in the workplace by anyone whom you employ or other non-employees whom you may control, you must act quickly and in a way that is reasonably designed to end the complained-of behavior.