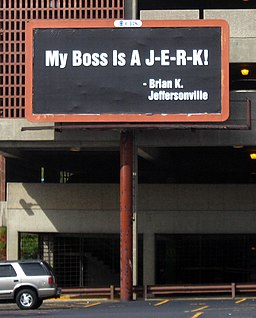 There’s this defense to discrimination claims to which, sadly, we on the defense side must resort occasionally.

That is, if a manager or supervisor is mean to everyone, then it is unlikely that he or she has singled out a particular person based on that individual’s race, religion, national origin, etc.

But there are limits to that defense. And, right now, the EEOC appears to be exploring those limits with a California company that owns a few eateries.

According to the EEOC’s lawsuit, a male line cook at [one] Restaurant suffered repeated groping of his private parts by the kitchen manager, cook and chef.  When he reported the conduct to [the restaurant’s] owners, they dismissed the inappropriate touching by the kitchen manager and cook, claiming “they only play.”  But after he reported the chef grabbing his genitals, the chef became confrontational, yelling at the line cook, hitting him twice and aggressively scrutinizing and criticizing his plating of meals.  [The restaurant]’s owners sought to discipline the line cook for leaving the restaurant after he became upset by the chef’s actions, so he quit due to the unchecked and ongoing harassment and hostility.

The EEOC also found a female dishwasher employed at [a restuarant with common owners] faced daily sexual comments and physical touching by the same kitchen manager who harassed the [other] line cook.  The harassment included the manager sticking his tongue in her ear, sliding his hand up her shirt to grab her breast, and offering to pay her for sex.  Although she informed another manager of the harassment, the sexual comments continued.

Now, these are just allegations — bad ones — but one side of the story. However, if we assume that they are true, they highlight the problem that employers have when they do not take complaints of harassment seriously enough. For not only can unchecked behavior create additional problems for the original victim, but it can spread like a virus and infect others.

An EEOC spokesperson weighed in on that, “Employers must protect their workers from harassment and sexual abuse, no matter whether filed by a male or female employee. These workers notified their management, but their employer failed to take prompt, effective action as federal law requires it to do.”

So, even if the equal-opportunity-groper defense were a viable one, now you’re stuck defending claims from two employees (or more employees) versus one.

That is, if a company takes effective remedial action following receipt of the initial complaint, it can avoid liability altogether.