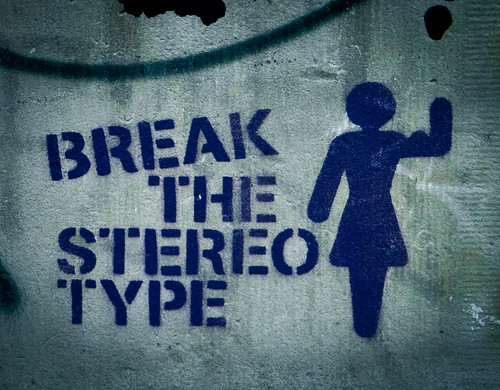 There are certain stereotypes that accurately reflect an image held in common for members of a group.

For example, employment-law bloggers who practice law in Philadelphia and blog from their bloggerdomes in Southern New Jersey are generally handsome, erudite, and more appealing than a hipster drinking Pabst Blue Ribbon at a beard and vinyl convention. Many excel at fantasy football too. Many consider them the Illuminati to the Illuminati.

The purpose of this post is not to spotlight the obvious, but rather, to help employers avoid workplace stereotypes that could result in expensive discrimination claims. As I’ve blogged about before with the case of the deaf lifeguard, it’s easy to get into trouble by judging a book by its cover.

On Monday, the EEOC announced in this press release that it had reached a $160,000 settlement of a disability discrimination lawsuit with a beverage distributor. The EEOC alleged that a legally blind employee, who worked for the company for over four years as a driver’s helper, was denied a another position within the company based on his vision impairment. The position involved, among other things, loading cases of liquor and kegs of beer into the back of trucks. The EEOC contended that the employee could safely perform the job and that the employer’s defense that employing the blind employee would create a direct threat was based on stereotypical assumptions and speculative fears.

After a jury verdict in favor of the employee and a wide swath of post-verdict lawyering on both sides, the employer eventually settled with the EEOC.

What is a direct threat?

The ADA defines “direct threat” as “a significant risk to the health or safety of others that cannot be eliminated by reasonable accommodation.” It is the employer’s burden to establish a direct-threat defense. And that defense cannot be fueled by speculation that the disability may cause a risk of future injury. Rather, an employer must conduct an individualized inquiry that relies on the best current medical or other objective evidence.

How to identify a direct threat.

So, what should an employer consider? According to the EEOC, use this checklist:

Also, the employer should consider whether any reasonable accommodation would reduce or eliminate the risk.