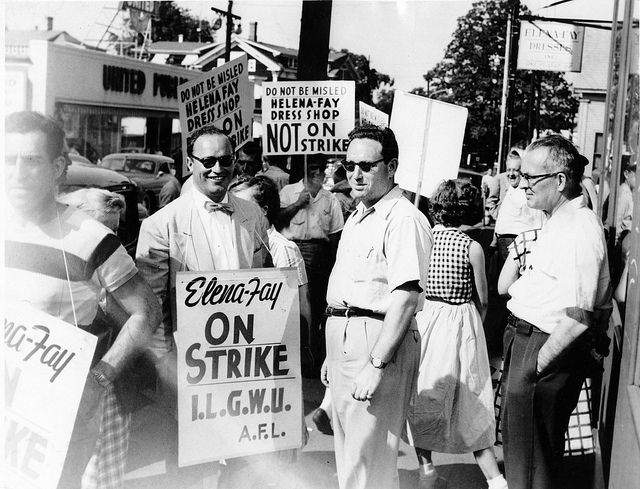 An employee was caught on video saying to black employees, “Hey, did you bring enough KFC for everyone?” and “Hey, anybody smell that? I smell fried chicken and watermelon.” The company had a strict anti-harassment policy. So, after learning about the comments, the company fired the employee.

So, what would compel an Administrative Law Judge to require that the company reinstate him?

It’s called the National Labor Relations Act. And, apparently, an employee can make all of the incredibly racist comments he wants with impunity — as long as he’s on a picket line (engaged in protected concerted activity) and the statements are unaccompanied by threats or acts of intimidation. So says an Administrative Law Judge in this opinion:

[The] “KFC” and “fried chicken and watermelon” statements most certainly were racist, offensive, and reprehensible, but they were not violent in character, and they did not contain any overt or implied threats to replacement workers or their property….The record evidence in this case does not establish that Runion’s statements were coercive or intimidating to the exercise of employees’ Section 7 rights, and it does not establish that the statements raised the likelihood of imminent physical confrontation.

The Respondent correctly asserts that pursuant to its harassment policy, employees who violate it may be disciplined or discharged. Clearly, the Respondent has the authority to enforce company policy in the workplace. Contrary to Respondent’s assertions, however, Runion’s racist comments cannot be analyzed in a vacuum…In this regard, the harassment policy makes no reference to conduct on the picket line in situations in which such policy violations occurred in the context of conduct protected by the Act.

So, let’s play this out. The National Labor Relations Act precludes taking action here, unless you have a anti-harassment-cum-picket policy. Ok, so, what happens when this behavior repeats itself enough that a victim files a charge at the EEOC alleging a hostile work environment. A hostile work environment that the employer did nothing to stop. How’s that respondeat superior defense — the one where an employer who knows of workplace discrimination must act reasonably to end it — gonna fly?

“Well, you see, Your Honor. You have to understand that this took place on a picket line. You know, a picket line. And a picket line isn’t part of the workplace. Well, not technically. So, what can you do, right?”

Good luck with that!

Cooper Tire & Rubber Co. emailed me a statement regarding the ALJ’s decision:

Cooper Tire & Rubber Company is committed to maintaining a workplace free from harassment and discrimination.  In keeping with this commitment, which is supported by company policy, we do not tolerate racist remarks made by employees.  Our policy was applied in January 2012, when Cooper discharged employee Anthony Runion for making racist statements, which were captured on videotape.  Although his union—the United Steelworkers (USW)—filed a grievance opposing his termination, Cooper’s decision was upheld by an independent arbitrator. Dissatisfied with this result, the USW pursued an unfair labor practice charge with the National Labor Relations Board (NLRB) stating that the racist comments should be protected as they were stated while Runion was picketing the company.  Late last week, an Administrative Law Judge with the NLRB sided with the union, ordering Cooper to reinstate Runion’s employment. As a company that does not tolerate harassment and discrimination under any circumstances, Cooper strongly disagrees with this decision and will appeal it.

Image credit: The Kheel Center for Labor-Management Documentation and Archives