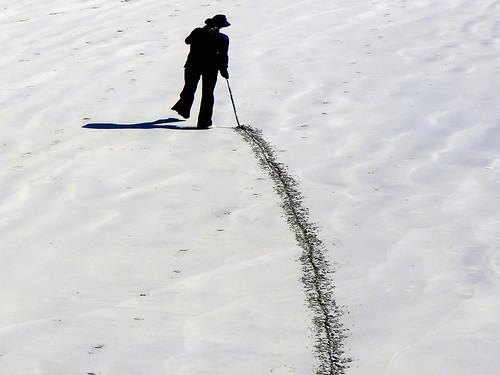 If you’re going to draw a line in the sand by telling an employee to sign something or be fired, here’s a pro tip:

Make sure that whatever you want signed isn’t unlawful.

Late last month, the Second Circuit Court of Appeals (here) stamped a National Labor Relations Board decision, in which the Board concluded that requiring an employee to sign an agreement that precludes him from discussing wages or other terms and conditions of employment with employees or nonemployees and the media is an unfair labor practice. (The National Labor Relations Act prohibits employers from forbidding employees from being able to discuss their wages and working conditions with one another.)

The long and short of it is that the Second Circuit concluded that the company put the employee to a Hobson’s choice: sign the Confidentiality Statement or get fired. And, even though the take-or-leave-it decision impacted only one employee, that was enough to violate the Act:

We hold that the NLRB was correct in deciding that an employer violates Section 8(a)(1) of the NLRA, 29 U.S.C. § 158(a)(1), when an employer terminates an employee for refusing to agree to an unlawful confidentiality agreement. An employer may not require even one individual employee to agree to abide by unlawful restrictions as a condition of employment. That the employees have not yet organized in order to protest the unlawful nature of the restriction at issue does not make it any less unlawful.

As this employer learned the hard way, the rule against chilling employees from engaging in protected concerted activity isn’t limited to situations in which they are actively organizing with other employees.

The bottom line, according to the Second Circuit, “An unchallenged unlawful document can cause the chilling effect that Section 8(a)(1) seeks to prevent just as much as one that has been challenged by concerted action.”