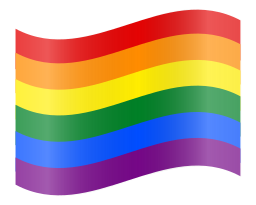 On Monday, I got into last week’s EEOC ruling that sexual-orientation discrimination is sex discrimination and, therefore, violates Title VII. Yesterday, I took up the First Amendment Defense Act, which has been described by the ACLU as “Indiana on Steroids.”

On Thursday, make way for the Equality Act, according to Chris Johnson at the Washington Blade (here).

What is the Equality Act?

Over at Bloomberg Law, Chris Opfer reports (here; subscription required) that Senator Jeff Merkley (D-OR) and several Senate Democrats will introduce the Equality Act as a “wide-ranging sexual orientation and gender identity discrimination bill.” A companion bill will also arrive in the U.S. House of Representatives. Among other things, this bill will address LGBT discrimination in the workplace.

Indeed, this fact sheet, which BuzzFeed obtained (and can also be found in this article from Dominic Holden), suggests that the new legislation would amend Title VII, rather than create another federal anti-discrimination law. Mr. Holden also cites a left-leaning poll taken earlier in the Spring, which indicates that 69% of U.S. voters — including 51% of Republicans — want a federal law that prohibits discriminating against someone based on sexual orientation or gender identity.

Will the measure be successful?

Maybe it can be harmonized with the First Amendment Defense Act into a compromise bill. Indeed, Mr. Opfer also tweeted that the Equality Act will include a religious exemption modeled after Title VII. Or maybe the two bills will offset and, the status quo will persist until after the November elections. We’ll see.

Either way, there are protections for LGBT workers.

In the meantime, while courts may not yet subscribe to the EEOC’s belief that sexual-orientation discrimination violates federal anti-discrimination law, many states and localities have passed laws banning LGBT discrimination. (And the EEOC will investigate such claims at the agency level). Further, a recent decision from a federal court in Maryland, serves as an important reminder that under existing federal law same-sex harassment is unlawful, as is sex-stereotyping. Therefore, employers who fail to safeguard the workplace against these behaviors face the great risk of a Title VII lawsuit.