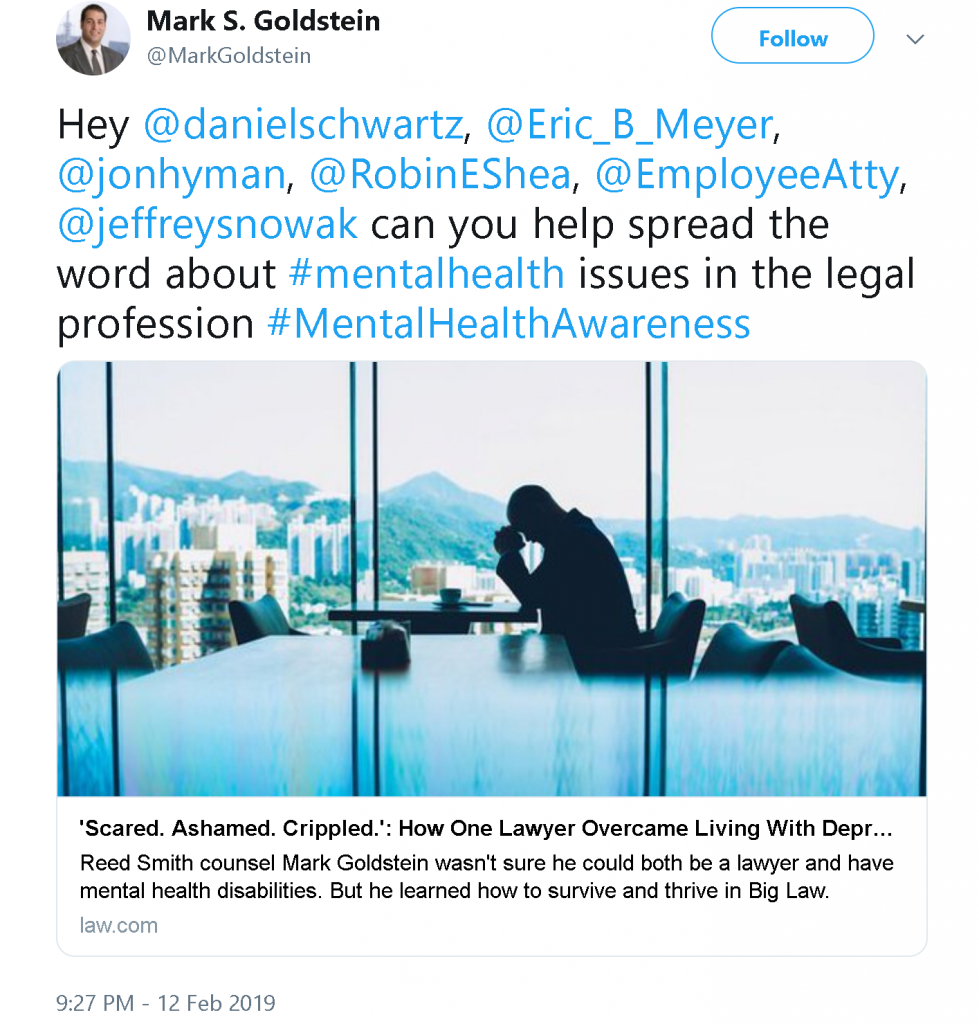 If you’ve seen me speak at HR events about the Family and Medical Leave Act or the Americans with Disabilities Act, you’ve probably heard me quip about employees seeking FMLA leave or leave from work as an ADA accommodation because work is stressing them out.

Fortunately, the people who try to take advantage of the system are the outliers.

Unfortunately, there are many that have truly suffered from severe depression and anxiety in the workplace. People like Mark Goldstein, an accomplished labor and employment attorney at Reed Smith, one of the top law firms in the world.

Between billable hours, tight deadlines, client-service, and other pressures, it’s not easy being an attorney. It’s hard work.

It can also be a powder keg.

And for Mark, the explosion happened around Labor Day 2017 with what he describes as “not only mentally crippling cognitions, but also physically impairing side effects.”

But, after hitting his nadir in the following weeks, Mark began the road to recovery.

It’s one of the bravest pieces I’ve ever read from an attorney.

Take a few minutes out of your morning and check out Mark Goldstein’s article that first appeared earlier this month in The American Lawyer.

In his candid recount, Mark not only details his story but offers some tips on how legal professionals suffering from mental health issues can “survive and thrive.”

Actually, his advice transcends the legal profession. It’s an eye-opener for many; a supportive embrace for many as well.

In the meantime, please share Mark’s story with a friend or colleague to help raise awareness for mental health issues in the legal profession and in other workplaces.