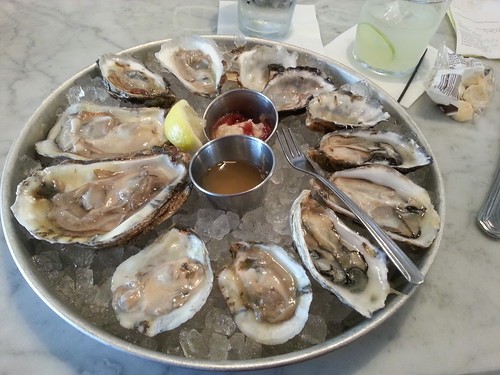 I was wondering how I’d top yesterday’s lesson on how to curse out your boss, his mom, and his entire family on Facebook…and keep your job.

So, how about we do Family and Medical Leave Act and social media in one post! Yasssssssssssss! At this blog, that’s like the HR-compliance version of a dozen chilled oysters topped with a Viagra crumble.

I’ll light your cigarette after the jump.

An employee posts vacation photos on FB while on medical leave, gets fired.

Last year, I blogged here about how an employee’s vacation photos from Busch Gardens and St. Martin, while on medical leave, doomed his FMLA retaliation claims. That is, after learning about these Facebook photos, the employer fired him based on its good-faith, honest belief that the plaintiff was abusing (as opposed to using) FMLA leave.

By the way, how do you think the employer learned about the Facebook photos? That’s right. Who needs private investigators, when you have friends. Facebook friends. Who happen to be co-workers of the plaintiff.

Anyway, the employee appealed his FMLA defeat to the 11th Circuit Court of Appeals. And, guess what? The employee’s going to get his day in court. But why?

Have a good story and stick with it!

According to the Eleventh Circuit, it’s because the employer offered inconsistent explanations for terminating the plaintiff’s employment:

Jones has put forth sufficient evidence to create a genuine dispute of material fact as to whether Accentia’s reasons for terminating him were inconsistent and therefore pretextual. The formal letter sent to Jones from Accentia, terminating his employment, stated only that “As you have declined to provide any additional information, the decision has been made to terminate your employment effective immediately based on the information available.” According to Jones, the only explanation provided to him at the time that he was suspended and then terminated was that he was being fired for abusing and misusing FMLA leave by engaging in activities, posted on his Facebook page, that demonstrated his ability to have earlier returned to work.

Jones was not told when he was fired, however, that he had violated Accentia’s social-media policy or that his posts on Facebook indicated poor managerial judgment. And, during his deposition testimony, Daniels cited a myriad of additional reasons that purportedly influenced his decision to terminate Jones, including Daniels’s view that Jones unnecessarily prolonged his recovery and went on vacation when he should have been recuperating from his surgery.

Well, ok, let’s stop there for a hot sec.

When you paint your nails Firing Red, don your firing robe, and fire, must you provide a the entire laundry list of reasons that the employee stinks? Or can you pick and choose a few; perhaps, spare the employee some shame (and save a few of your Kleenex too)?

Well, you can pick and choose. But, the reasons to fire upon which you rely — the ones that aren’t communicated to the employee — need to be legitimate. The Eleventh Circuit considered this issue:

Daniels could point to no company policy requiring Accentia employees to remain at home or refrain from traveling while on medical leave. Instead, Daniels maintained that Jones violated the “spirit” of medical leave—to rehabilitate and recover.

The only spirit upon which you should be relying is at Happy Hour. Apart from that, the employer’s (mis)judgment had the appellate court questioning its good judgment:

Daniels also remarked that the posted photos indicated that Jones did not receive therapy for a week and that he was exceeding his medical restrictions. But a letter from Jones’s physical therapist stated that Jones was a model patient who never missed a therapy session. Daniels also acknowledged that, before terminating Jones, he was aware that Jones had never missed any therapy sessions. The evidence supporting Daniel’s claim that Jones abused medical leave by going on vacation is therefore murky at best. In fact, a jury could reasonably conclude that Daniel’s explanations are inconsistent, contradictory, and implausible.

And then desperate times called for absolutely, cringeworthy desperate measures…

On appeal, Accentia also argues that Jones was terminated for posting photos on Facebook that violated the company’s social-media policy, which states that employees can be terminated if their social-media posts have an adverse effect on coworkers. Daniels claimed that these posts had an adverse effect on Accentia employees because the photos were anonymously reported and because he heard gossip regarding the photos circulating throughout the workplace. Accentia maintains that these photos therefore created a morale issue among employees.

But Jones was not informed during his suspension meeting or in his termination letter that he had violated Accentia’s social-media policy. In addition, Daniels conducted no further investigation regarding the anonymous complaint, and neither he nor any other Accentia official could identify any employee who was adversely affected by Jones’s Facebook posts. Finally, there is evidence that the purpose of Accentia’s social-media policy, as discussed during managerial training, is to prevent employees from posting harmful or negative comments about the company’s staff or facilities. Jones’s Facebook posts were clearly far afield from this area of concern.

In sum, the record indicates a number of inconsistencies and contradictions with respect to Accentia’s proffered reasons for terminating Jones.

And, to help, the weapon in your arsenal from which you should never shy away, is good communication. If you suspect that an employee is abusing medical leave, talk to him. Communication can be an effective hr tool to take the guesswork out of decisionmaking. Here, it’s possible that better communication could have saved the plaintiff’s job and mooted a lawsuit altogether.

Or, helped drill down on a single, more airtight reason, to end his employment.