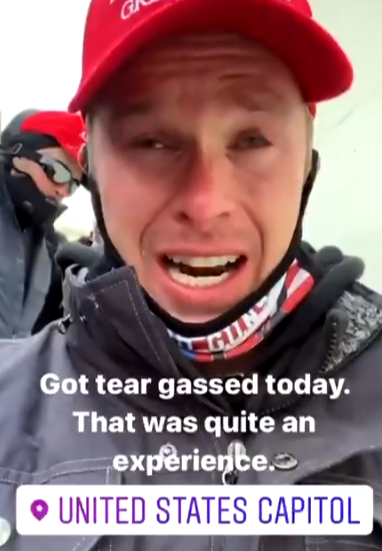 Remember that time in 2017 when a white nationalist march in Charlottesville turned deadly? Several participants ended up losing their jobs once exposed on social media.

Fast forward. Following Wednesday’s violent Capitol riots, a staff writer at Salon tweeted that the one-time Associate General Counsel and HR Director of a publicly-traded Texas-based insurance company, who apparently posted a video of himself on Instagram from outside the Capitol, no longer works there.

The Salon staff writer tweet included a link to the Instagram video, which has an account name bearing the same name as the one-time Associate General Counsel and HR Director. That video appears to have been taken outside the Capitol on Wednesday but does not include any footage inside the Capitol. However, the individual in the video does say, “We’re all trying to get into the Capitol to stop this.”

This report at Law and Crime has more information about this individual in the video, including links to other social media profiles (the Instagram profile is now private) and his Texas Bar lawyer profile.

There’s more on the story in this post at the Daily Mail, including coverage on another employee who was photographed inside the Capitol with his work pass hanging around his neck!!!

Folks, what can I say that I haven’t already said before? So, I’ll repeat it. Freedom of speech still exists on social media or otherwise. But, words and acts have consequences. And since at-will employment is still the rule in 49 out of 50 states, it’s no surprise that these notorious, headline-making off-the-clock activities also have consequences at work.