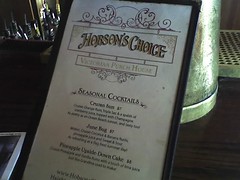 A maintenance mechanic in Illinois received 28 disciplinary-action forms from his supervisor. Ultimately, he was offered two choices: (1) accept a demotion to a non-mechanic position and take a significant pay cut; or (2) keep the position, fight the discipline, but face potential termination.

On the advice of his union representative, the mechanic took the demotion. He later sued for retaliation, claiming that the demotion, which he voluntarily accepted, was a direct response to a charge of discrimination he previously filed with the EEOC.

Is this retaliation? A federal circuit court gave us the answer yesterday. And I have it for you after the jump…

The case is Hicks v. Forest Preserve District of Cook County, Illinois. At trial, a jury determined that the company had, in fact, retaliated against the plaintiff and awarded him $30,000. The company subsequently appealed, arguing that no rational jury could have found for the plaintiff because he did not present sufficient evidence of retaliation.

To prevail on a retaliation claim, a plaintiff must demonstrate three elements:

The company argued on appeal that the mechanic did not present evidence that he had suffered an adverse employment action. Indeed, he voluntarily accepted a demotion on the advice of his union representative.

Yeah, not so much, said the Seventh Circuit Court of Appeals:

A demotion to a different position that pays significantly less than the former position is certainly materially adverse…a demotion taken voluntarily is not an adverse employment action…[But], Hicks testified that he had no choice but to accept the demotion because he [reasonably] believed that he would be fired if he did not…Such a choice could be said to be no choice at all, and the jury agreed. Thus, Hicks presented sufficient evidence at trial for a reasonable jury to find that his demotion was involuntary.

The lesson for employers is that giving an employee a Hobson’s Choice is indeed a great way to promote employee litigation. And for the love of Pete! 28 disciplinary notices?!? Remember folks: hire slow, fire fast.