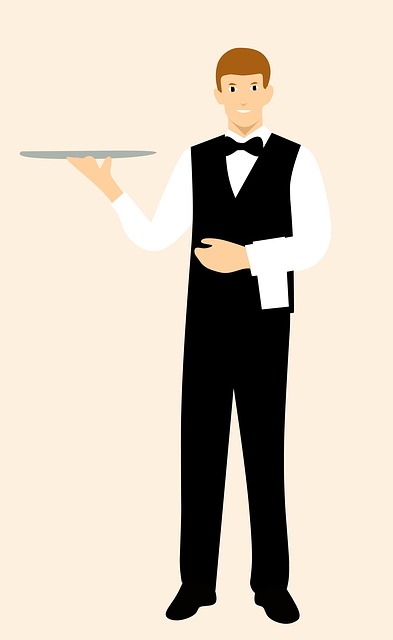 A couple of readers suggested that I blog today about a waiter in Canada fired for “combative and aggressive” behavior, err, behaviour towards other staff. The waiter has a simple defense, one that he has raised in a civil rights complaint.

Does the “French” defense fly?

Specifically, according to this BBC report, the waiter “argues his sacking is discrimination and French culture ‘tends to be more direct and expressive.'”

CBC reports here that the employer unsuccessfully tried to dismiss the complaint. Here’s more from the CBC story:

Both parties agree [the waiter] was good at his job, according to [the B.C. Human Rights Tribunal, which denied the motion to dismiss].

He garnered “great feedback from guests” and was praised for being “very friendly and professional with his tables.”

With his colleagues, apparently, not so much.

On several occasions [the waiter] was disciplined and warned about how he treated his colleagues, which the restaurant described as “combative and aggressive.”

[The waiter] denies that was the case. The decision says he alleges a general manager told him that he may come across as aggressive because of his culture.

The incident that ultimately led to his dismissal took place in August 2016, when [the waiter] asked one of the servers to complete his duties.

[The waiter] says he was courteous toward the server. But the restaurant manager said the server came into her office “borderline in tears” after [the waiter] “aggressively” checked the server’s duties.

Both parties have filed letters from witnesses supporting their version of the event. [The waiter] was fired for violating the company’s Respect in the Workplace policy.

My friend, Suzanne Lucas, who you probably know as the Evil HR Lady, offered her two cents on this story last week:

Rey chose to move to Canada, and he chose to work in a people facing role with many, many local norms. He wanted to maintain his French norms and that didn’t go over well. Personally, I think the restaurant is proper to set expectations for how their staff behaves and to discipline, up to and including termination, if the staff doesn’t live up to those cultural norms.

Full disclaimer: I don’t have the foggiest idea what the legal standard may be for a discrimination complaint in Canada.

Often, an employer that stereotypes finds itself in hot legal water.

In Price Waterhouse v. Hopkins, the U.S. Supreme Court established that sex stereotyping is unlawful under Title VII of the Civil Rights Act of 1964. In that case, several partners criticized Ann Hopkins’s use of profanity, but one partner suggested that those partners objected to her swearing only “because it’s a lady using foul language.”

Put another way, the company would have condoned a man swearing like a sailor.

But, if Price Waterhouse had a No Profanity policy that it enforced evenly across the board, then that case may have been decided differently.

If you have a policy, apply it evenly — even to the French.

Which brings us back to the waiter and his defense that the French tend to be more “direct and expressive.”

Here in the United States, if: (a) an employer has a workplace policy that prohibits rude behavior towards customers; and (b) an employee violates that policy; then (c) the employee may lose his job.

That the employee fulfilled a cultural stereotype is immaterial.