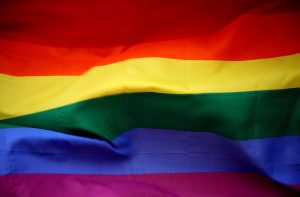 What a long, strange trip it’s been for one particular transgender-discrimination lawsuit.

Back in 2014, the U.S. Equal Employment Opportunity Commission used a Michigan funeral home and alleged it violated Title VII by firing an employee because of her transgender or transitioning status and her refusal to conform to sex-based stereotypes and administering a discriminatory-clothing-allowance policy.

In 2016, a Michigan federal judge ruled in favor of the employer. Most notably, the Court reached this conclusion based on the employer’s religious beliefs and the EEOC’s rigid insistence on how the company should apply its clothing-allowance policy. The lede was that, in certain situations, the Religious Freedom Restoration Act of 1993 (“RFRA”) would trump Title VII.

Then things got weird.

The ACLU sought to intervene in the case, and the transgender employee became concerned that the EEOC couldn’t adequately protect her interests. (I blogged about that here.)

And then the EEOC did another backslide when it told the Sixth Circuit that its position on transgender rights might change once a new General Counsel was confirmed. (I blogged about that here.)

And then the Sixth Circuit dropped the hammer.

Yesterday, the Sixth Circuit ruled (opinion here) that the EEOC, and not the employer, should have been awarded summary judgment. Here’s the money shot:

Here, [the] decision to fire [the employee] because [the employee] was “no longer going to represent himself as a man” and “wanted to dress as a woman,” … falls squarely within the ambit of sex-based discrimination….We therefore agree with the district court that the [employer] discriminated against [the employee] on the basis of her sex, in violation of Title VII.

It is analytically impossible to fire an employee based on that employee’s status as a transgender person without being motivated, at least in part, by the employee’s sex.

Gee, I wonder what the Sixth Circuit would do if presented with a sexual orientation discrimination case like Hively v. Ivy Tech or Zarda v. Altitude Express.

This is a HUGE decision.

And it could be influential in triggering the Supreme Court to take up LGBT workplace rights under Title VII.