Seriously, how pissed off do you need to be to pay out $150,000 of a court-ordered settlement in quarters? Jacob Gershman of The Wall Street Journal‘s Law Blog, writes here that a retired surgeon had a unique way of expressing his displeasure with having to pay out a sizable chunk of court-ordered change. 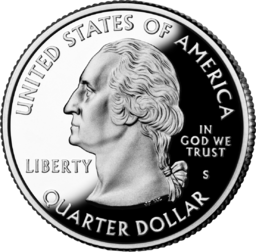 Sure he could have gone with the ole flaming-bag-of-doggie-doo trick after hand-delivering a check to the lawyer’s office of his adversary. That’d be my move, you know, if I ever lost a case.

Instead Dr. Killjoy went with quarters. Four friggin’ tons of ’em, 11 football fields long, delivered in 150 bags of 1000 each from an armored truck that literally snarled traffic outside an attorney’s office in suburban St. Louis. It was a “protest against the ruling” from an Illinois appellate court, which had ordered the surgeon to return a significant portion of an insurance overpayment.

So, let me ask you, think back on a situation where it burned you up inside to have to pay an employee. Think of a situation in which you knew the company did nothing wrong but, instead, the company made a “business decision” to pay out.

Except if you could have done it all over again, you’d have paid the employee in quarters.

Without breaking any confidentiality agreements — use discretion folks — tell me about it in the comments below.