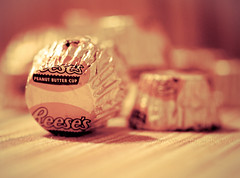 After seeing Fatboy Slim perform in a bubble at the Olympics Closing Ceremony, I had trouble falling asleep last night.

I tossed. I turned. But, I eventually drifted off into a deep sleep; a wonderful slumber. I dreamt that the Third Circuit Court of Appeals decided two cases under the Fair Labor Standards Act (FLSA), and then I blogged about them in a single blog post. Like peanut butter and chocolate, it was the Reese’s Peanut Butter Cup of blog posts.

What a sweet, decadent dream. Or was it a dream? Find out after the jump…

[Hint: no dream, no chocolate, just two FLSA decisions (one of which I’ll blog about tomorrow, because I ramble a bit after the jump, much like I’m droning on now). Maybe this is all just an excuse to play Katy Perry. Yeah, this all makes sense. About as much as having Russell Brand sing “I am the Walrus” from on top of a psychedelic VW bus in front of a worldwide audience of millions. Just jump.]

Last Thursday, in Zavala v. Wal Mart Stores, Inc., the Third Circuit was tasked with setting the evidentiary standard for plaintiffs in a FLSA class-action lawsuit to obtain final certification and proceed with the case as a collective action. Zavala was an illegal-immigrant janitor who worked at Wal-Mart. She and other illegal-immigrant janitors claimed that Wal-Mart locked them in stores overnight and didn’t pay them for all the work they performed. This may be a loopy blog post, but I’m not making that false-imprisonment part up. (Although, the plaintiff would lose that claim).

Here’s what matters: as to FLSA certification, the court decided that plaintiffs seeking final certification of an FLSA collective action must demonstrate, by a preponderance of the evidence, that they are similarly situated. The factors to consider in determining whether plaintiff are similarly situated include, but are not limited to: whether the plaintiffs are employed in the same corporate department, division, and location; whether they advance similar claims; whether they seek substantially the same form of relief; and whether they have similar salaries and circumstances of employment.

Based on the foregoing, the Third Circuit held that the “similarities among the proposed plaintiffs are too few, and the differences among the proposed plaintiffs are too many.” Specifically, the putative class members worked in 180 different stories in 33 states throughout the country and for 70 different contractors and subcontractors. They also had varying work hours and wages. Further, the court noted that “different defenses might be available to Wal-Mart with respect to each proposed plaintiff, including that individual cleaners were not Wal-Mart employees…”

After eight long years of litigation, Zavala and the other plaintiff were not class certified. Yet another reminder that FLSA actions are no fun for employers.