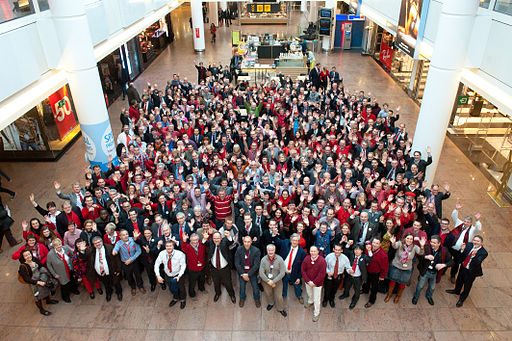 Last week, the Third Circuit Court of Appeals took up the issue of whether a company with which a staffing company places temporary workers can be sued for discrimination.

In a word, yes. Well, actually, *** squints and rubs chin between right thumb and index finger three times ***  it depends.

You see, Title VII of the Civil Rights of 1964, which is the federal anti-discrimination statute, bars employers from discriminating against employees and applicants. The Third Circuit in Faush v. Tuesday Morning, Inc. (opinion here) concluded that the Supreme Court’s opinion in Nationwide Mut. Ins. Co. v. Darden contained the right test to determine whether an employment relationship exists.

Under Darden, there are a bunch of factors, which a court may consider to ascertain whether the company has a right to control the manner and means by which workers work. Of the factors that a court may consider, the most important ones are: who pays the employees salaries, who hires and fires, and who exercises control over daily employment activities.

Applying the Darden factors, the Third Circuit determined that Tuesday Morning, Inc., the company with which Mr. Faust was placed as a temporary worker, was a Title VII employer.

As to payment of salaries, the court noted that “although Tuesday Morning made its payments to Labor Ready, rather than to the temporary employees, those payments were functionally indistinguishable from direct employee compensation.”

As to hiring and firing, “if Tuesday Morning was unhappy with any temporary employee for any reason, it had the power to demand a replacement from Labor Ready and to prevent the ejected employee from returning to the store.”

And, as to control over daily employment activities, “Tuesday Morning personnel gave Faush assignments, directly supervised him, provided site-specific training, furnished any equipment and materials necessary, and verified the number of hours he worked on a daily basis.”

This didn’t surprise me at all. If you use temporary employees, well, that nomenclature would be a giveaway. Here’s two more cents from the Third Circuit:

We are mindful that many aspects of the Labor Ready- Tuesday Morning employment arrangement that we have identified in combination as sufficient to survive summary judgment will pertain to a large number of temporary employment arrangements, with attendant potential liability under Title VII for the clients of those temporary employment agencies. We do not anticipate, however, that our holding today, which is limited to the Title VII context, will vastly expand such liability, as entities with over fifteen employees are already subject to Title VII. See 42 U.S.C. § 2000e(b).

So, rather than lose sleep over whether you could get sued under Title VII, coordinate with the staffing company to ensure that folks who are placed with you are properly trained on respect-in-the-workplace issues.