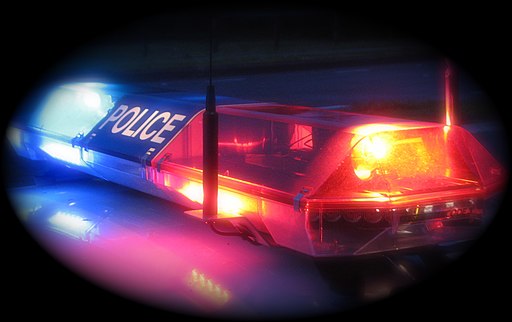 Maybe you’ve been reading this employment law blog for years. Or today could be your first time here. (What took you so long?) You may be a licensed attorney, an HR professional, or just a blog groupie on the dark path to a restraining order. Whatever your background and experience, I’m guessing that you can determine whether the plaintiff I’m about to describe to you, a former Ohio police trooper, has a viable claim for race discrimination.

Welcome to Ohio — the creepy part.

Since the first paragraph of this Sixth Circuit opinion contains all of the spoilers, I will reprint the second and third paragraphs below:

[Plaintiff] pulled over a woman for a DUI, arrested her, and asked her out. A month later, he saw the same woman on the road and pulled her over—without probable cause—so he could talk to her. He asked her out again, told her he “liked” her, and asked her to go to the casino with him so they could “play some games together.” He also gave the woman his personal cell number and told her to hide it in a secret location. When the Department learned this, it considered firing [Plaintiff]. But it let him sign a “Last Chance Agreement,” which said the Department would not fire him if he followed the rules for two years.

Only he didn’t follow the rules. Next, [Plaintiff] pulled over another woman for a DUI. He arrested, searched, and handcuffed her. Then, he offered to take her home, even though she had texted someone to pick her up. On the ride home and for the rest of their encounter, he failed to turn on his in-car camera (a violation of Department policy). When he pulled into the woman’s driveway, he radioed the station saying he was leaving. Yet he didn’t leave. He stayed at the woman’s house for over thirty minutes. Without camera footage, we cannot know what happened in those thirty minutes. Later, [Plaintiff] texted the same woman from his personal cell phone with the message, “Yo yo,” and “[It’s] Me the person you hate.” When the Department learned of this incident, it fired [Plaintiff] for violating the Last Chance Agreement.

How are you feeling about this? I am too.

The, err, emboldened Plaintiff decided to sue the Department for race discrimination. Why? Well, your guess is as good as mine at this point. Let’s read on in the Sixth Circuit opinion to find out:

[Plaintiff], a black trooper, points to … a white trooper who received a one-day suspension. No doubt, [the white trooper] also broke the rules. He may have sent someone he had detained a Facebook friend request after he got off duty (the report was unverified). Three years later, he made conversation with a woman after he issued her a citation, told her she resembled an actress, then later sent her a Facebook friend request and message saying he was thinking of a different actress.

[Editor’s Note: Remind me not to let any of my female friends or relatives drive the Ohio Turnpike.]

How do you prove race discrimination?

Generally, when an individual alleges disparate treatment like the plaintiff has here, he must show that someone else like him, but of a different race, was treated better. Usually, this comparator must have (1) engaged in the same conduct, (2) dealt with the same supervisor, and (3) be subject to the same standards.

In plain English, you compare apples to apples; not apples to oranges.

Here, do we have two bad apples? The district court judge performed this analysis, which the Sixth Circuit adopted:

[T]hey were subject to different standards. [Plaintiff] signed a Last Chance Agreement after his first incident. He was on notice that the Department would fire him if he committed another violation. [The white trooper] received a warning that the Department may discipline him if he didn’t clean up his act. The district court described this as a “crucial distinction.”

Notwithstanding the facts of this case, it’s not that hard for a plaintiff to at least make a prima facie (initial) showing that he or she was treated differently based on [insert protected class]. Indeed, one of the three Sixth Circuit judges hearing this appeal believed that the plaintiff had at least presented a prima facie claim for race discrimination. Even if the employer eventually wins that case, it can be expensive to litigate.

So, that’s why it is so important to have work rules and apply them consistently. Also, hire slow and fire fast.