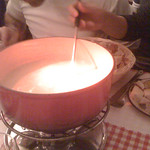 It was either the Mr. Rogers approach or the Seinfeld approach. In the end, I chose Jerry to add some levity to what is otherwise going to be a very boring blog post.

According this report released last month from the U.S. Equal Employment Opportunity Commission, the complexion of the federal workforce really isn’t changing all the much. In FY 2010, there were over 2.8 million people employed by the federal government, of whom 56% were men and 44% were women. Of that total:

In hindsight, I probably should have cut this post after the first paragraph and called it a day. Oh well. Don’t discriminate and here’s Jerry and Kenny talking about Ovaltine.