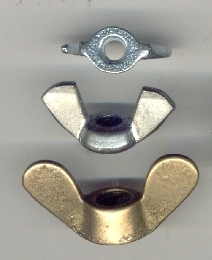 I can tell you this. It takes more than a few posts from a couple of ‘Wingnuts.’

The plaintiff, in this case, worked for a unionized airline. The plaintiff ran to become the union president. However, she lost the election.

During and after the election, several of the plaintiff’s co-workers — presumably folks who didn’t vote for her — went onto a Facebook group called “Wingnuts” and made some offensive posts. There are four posts highlighted in the court’s opinion. If you want to read the posts, you can check them out here. (NSFW)

The plaintiff interpreted the posts to be about her and complained to the airline’s human resources department. Even though the airline generally does not sponsor or monitor the “Wingnuts,” the company investigated and determined that whatever claims the plaintiff had were meritless. However, the plaintiff believed that the investigator failed to adequately address her concerns.

So, she sued the airline, claiming a hostile work environment (based on her sex), among other things.

The lower court granted summary judgment to the airline on the basis that the posts were neither severe nor pervasive enough to alter the working conditions for the plaintiff. Therefore, they did not create a hostile work environment.

On appeal, the Third Circuit Court of Appeals agreed. The appellate court offered three reasons to support its conclusions:

No, not every slight, comment, or co-worker’s mean act is going to create a hostile work environment as a matter of law. Still, in your workplace, posts on a social media group that your company does not own or monitor could conceivably be fodder for a tenable hostile work environment claim if those posts are read in the workplace. Therefore, when your business is confronted with a complaint of co-worker harassment, even posts on social media, it’s important to take these complaints seriously.